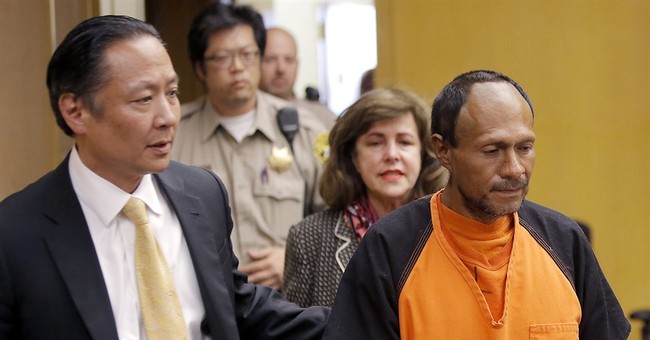 Kate's Law, which mandates a minimum five-year prison sentence for anyone who reenters the country illegally at least twice after being deported, passed the House of Representatives on Thursday with a vote of 257 to 157.

Kate Steinle was just 32 years old when she was murdered by an illegal immigrant in San Francisco in July 2015. Her murderer had been deported five times. He should not have been in the United States. Yet, there he was, sheltered in a sanctuary city.

Rep. Bob Goodlatte (R-VA) introduced Kate’s Law in the House and Sen. Ted Cruz (R-TX), who first introduced the legislation in July 2015, brought it back to the Senate this past January.

The House also passed the No Sanctuary for Criminals Act on Thursday, which would strip any city from federal funding if they refuse to cooperate with immigration officials.

President Trump has often met with families who have lost loved ones to illegal immigrant crime, even inviting many to come on the campaign trail with him last year. He hosted many of these grieving families Wednesday night at the White House, on the eve of the important immigration votes, where he told them that their loved ones did not die in vain.