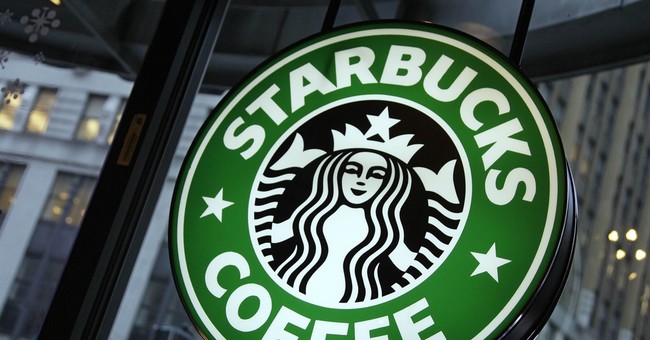 Starbucks is offering free coffee in exchange for some polite, political discourse between people on different sides of the aisle.

The coffee giant offered a gesture of support to the Harvard startup app, ‘Hi from the Other Side,” an app that pairs “nice people across the political divide to talk like neighbors. Not to convince, but to understand.”

The app will match the user with someone from the other side of the aisle and send each person half of the information needed to redeem a Starbucks gift card. They meet up to redeem the gift card and then engage in polite discourse over coffee.

A Starbucks representative told Townhall that the store has contributed 300 gift cards to the app to incentivize participation.

The website features a conversation guide with tips like “Let the other person speak fully before asking questions. Try not to formulate a response before they finish.”

Suggested questions for the conversation include “Tell me about where you grew up and your family,” and “What is one thing you like about my candidate?”

Even before the lure of free coffee, users seem to have enjoyed the app, judging by the feedback on the app’s website.

Starbucks made headlines with some of its own political activity recently when CEO Howard Schultz pledged that the company would hire 10,000 refugees to protest President Trump’s executive order on immigration.

Editor's note: An earlier version of this piece suggested a partnership between Starbucks and Hi From the Other Side. The contribution of gift cards was a gesture of support and not a partnership. Starbucks store employees are not involved. We apologize for the error.