Cops Arrest Man for Placing Joe Biden 'I Did That!' Stickers on Gas Pumps 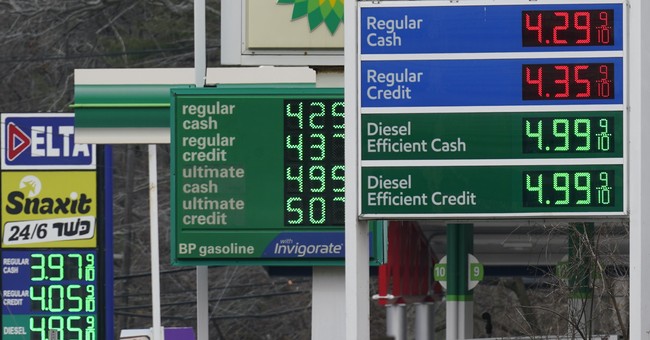 A Pennsylvania man was arrested and later charged after he allegedly placed stickers on gas pumps that featured a picture of President Joe Biden pointing at gas prices accompanied by the words, "I Did That!" so as to blame the president for the soaring gas prices seen across the country.

Thomas Richard Glazewski was arrested on March 31 and charged on April 5 following his sticker placements at a Turkey Hill gas station. He was charged with a misdemeanor charge of resisting arrest, and summary offenses of disorderly conduct, harassment and criminal mischief.

Glazewski is scheduled for a preliminary hearing on April 26 before District Judge Brian Chudzik.

Witnesses captured video of the man being taken to the ground and arrested while he was screaming, "I did that. I did that. That's what I did."

After police had tackled him in the parking lot, Glazewski suffered from "self-inflicted injuries" that required emergency medical services to take him to the hospital, charging documents revealed.

According to police, Glazewski yelled at a gas station employee when he was informed that could not place the stickers on the gas pumps.

Glazewski had placed stickers on several gas pumps prior to his arrest.

A gas station employee told police that Glazewski had sprayed the stickers with some type of clear coat that made them harder to remove.

The stickers attributing the rise in gas prices to Biden's policies have appeared at gas pumps across the country.

The cost of fuel has skyrocketed over the last several months, with the national average at more than $4 a gallon. The Biden administration is attempting to blame the rise in gas prices to Russia's war on Ukraine and the U.S. placing sanctions on Russian oil.