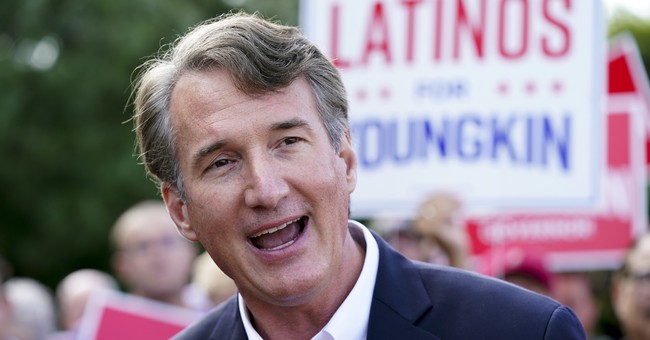 Virginia gubernatorial candidate Glenn Youngkin demanded that Loudoun County Superintendent Scott Ziegler and the school board resign following a bombshell email this week that showed the board was made aware on May 28 that a female student reported she had been sexually assaulted by a male student in a girl's bathroom.

The email was sent to school board members about a month before Ziegler said at a board meeting that he had no record of assaults in the school district's bathrooms.

Youngkin told Fox News on Saturday that the email, which was first reported by WTOP, "simply confirms what we know, which is we had administrators at a school board who have been covering this up. I mean, they tried to hide it from parents, they've hidden it from the public, and they actually endangered students by moving this young man – who in fact was being prosecuted for a sexual assault in another school – and enabled it to happen again."

The same individual accused of the May 28 assault was also accused of sexual assault at a different school earlier this month, according to prosecutors.

The father of the girl allegedly assaulted in May described the accused as a biological male in a skirt, according to The Daily Wire, which first reported the assault.

Ziegler sent an email to "School Board Confidential" following the alleged May 28 assault.

"The purpose of this email is to provide you with information regarding an incident that occurred at Stone Bridge HS," Ziegler said in the email. "This afternoon a female student alleged that a male student sexually assaulted her in the restroom."

The email was sent to the school board prior to Ziegler saying at a June 22 board meeting that "the predator transgender student or person simply does not exist," and, to his knowledge, "we don’t have any record of assaults occurring in our restrooms."

Youngkin told Fox News that "This is gross negligence in its most extreme form."

Youngkin also said the investigation into the cover-up must include the county prosecutor, Buta Biberaj, "who clearly knew what was going on, as well." Biberaj looked to charge the father of the alleged sexual assault victim in the May 28 incident after he voiced his frustration at the June 22 school board meeting, became enraged, and was later convicted on charges of disorderly conduct and resisting arrest.

After slamming Democratic Attorney General Mark Herring for failing to launch an investigation into the assault, the Republican assured that, if he wins the gubernatorial election, "We are going to pick this up and make sure that those people who are responsible for covering this up will be held accountable."

Additionally, Youngkin called out the Department of Justice, which directed the Federal Bureau of Investigations and other law enforcement agencies to "address threats against school administrators, board members, teachers and staff" at school board meetings after a letter from the National School Boards Association requested federal assistance to combat threats they deemed to be "the equivalent to a form of domestic terrorism and hate crimes." The NSBA has since apologized for the language used in the letter.

"The FBI needs to stop trying to silence parents in Virginia… and investigate this entire circumstance," Youngkin said.

"We need a governor who's going to go to work for parents," he continued. "We must stand up against accusations like the teachers' associations have been making. We have to stand up against really reckless, reckless accusations from an attorney general and the Department of Justice."