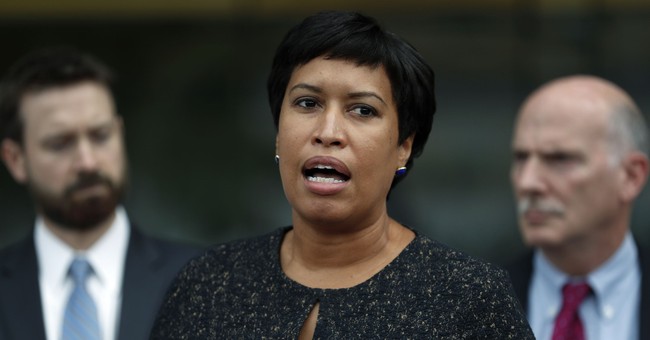 Republicans on the House Oversight Committee sent a letter to Washington, D.C. Mayor Muriel Bowser (D), in which they demanded answers about the district's violent crime surge.

The letter, dated Friday, highlights the Sept. 15 killing of Tarshaqua Chappell in Southeast D.C. It also mentions the increase in homelessness across the city.

"The message coming from your office regarding the future role of, and funding for, the city’s police is contributing to the decline," the letter reads. "As the committee of jurisdiction for all matters involving the District of Columbia, House Committee on Oversight and Reform Republicans request information regarding this dangerous trend in the nation’s capital."

"Violent crime plagues the city, and the number of homicides this year is expected to meet or exceed the 16-year high of 2020. The violence is spread across all areas of the District, and scooter-related shootings are on the rise, as well," it continued, pointing out an incident from May in which a mother and her five-year-old daughter were gunned down on their walk home by someone riding a scooter.

The GOP lawmakers also noted that the rise in homeless communities will further add to the city's already horrid crime rate.

"Earlier this year, residents of Mount Vernon Square wrote to the U.S. Park Police requesting homeless encampments be removed, pointing to various criminal and sanitary violations from the inhabitants," the letter reads. "The request to remove the encampment was denied, and the District’s homeless population grows. Tent cities are scattered throughout the District for any tourist or commuter to see."

In July, Bowser announced that she would be ordering the Metropolitan Police Department to work overtime in an effort to combat the crime spike in D.C.

The district has seen a surge in violent crime throughout 2021. MPD data shows homicides increased 19 percent from 2019 to 2020. This year, the number of homicides rose nine percent from 2020.