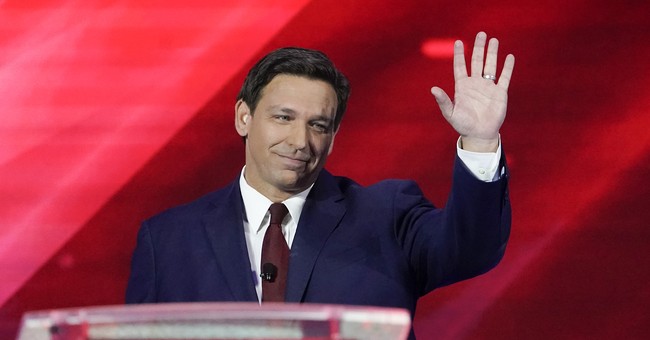 The governor, who signed three bills designed to educate students about history and civics, said during a press conference at Three Oaks Middle School in Fort Myers, Florida:

It’s crucial to ensure that we teach our students how to be responsible citizens. They need to have a good working knowledge of American history, American government and the principles that underline our Constitution and Bill of Rights.

Florida HB 5 made an addition to the current high school government curriculum. Students will now be required to learn the “evils of communism and totalitarian ideologies.”

DeSantis said at the press conference:

We have a number of people in Florida, particularly southern Florida, who’ve escaped totalitarian regimes, who’ve escaped communist dictatorships to be able to come to America. We want all students to understand the difference, why would somebody flee across shark-infested waters, say leaving from Cuba to come to southern Florida. Why would somebody leave a place like Vietnam? Why would people leave these countries and risk their life to be able to come here. It’s important students understand that.

The governor also said that a “Portraits and Patriotism Library” measure will be implemented as well. The goal of this provision is for students to be educated about “real patriots” who fled to America from communist and socialist countries.

SB 1108, mandating that students attending state colleges and universities take a civic literacy course and a civic literacy assessment in order to graduate, and HB 233, which requires “intellectual freedom and viewpoint diversity” assessments be conducted at each school every year by the state's colleges and universities, were also signed Tuesday.

The governor said of promoting diversity of thought:

It used to be thought that a university campus was a place you’d be exposed to a lot of different ideas. Unfortunately now, the norm is really that these are more intellectually oppressive environments. You have orthodoxies that are promoted, and other viewpoints are shunned or even suppressed. We don’t want that in Florida.

DeSantis also highlighted in his presser how Florida banned critical race theory and the 1619 Project from being taught in classrooms.

The governor recently signed a bill that would require schools to hold a moment of silence each day to give students of faith the opportunity to pray.