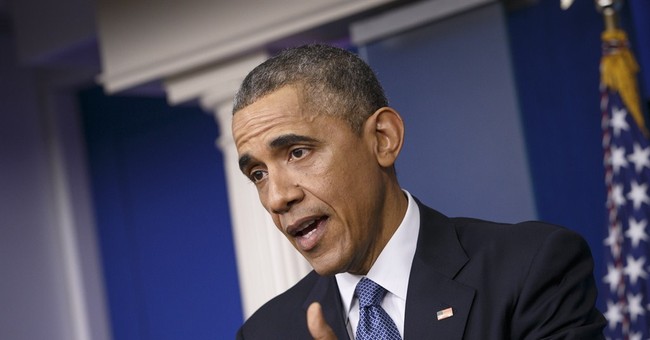 President Obama has pledged to the GOP that he won't hesitate to be obstructionist when Republicans pass legislation to affect positive change in the country.

As the Associated Press reported, President Obama made those remarks in an NPR interview:

Since taking office in 2009, Obama has only vetoed legislation twice, both in fairly minor circumstances. But with Republicans set to take full control of Congress next year, Obama is losing his last bulwark against a barrage of bills he doesn't like: the Senate.

"I haven't used the veto pen very often since I've been in office," Obama said in an NPR interview airing Monday. "Now, I suspect, there are going to be some times where I've got to pull that pen out."

Emphasis added. And in that first paragraph is the key of what establishment journalists miss when they talk about "Republican obstructionism." Harry Reid has acted as President Obama's proxy in the Senate to kill bills that even both Republicans and Democrats have agreed on that would have made it uncomfortable for Obama and made it look unseemly for him to use his veto pen. Mitch McConnell promised that he won't protect his members in the Senate from taking uncomfortable votes, and that also means that President Obama will be placed in more of those uncomfortable situations.