Vermont Abandons Single Payer Healthcare Because It's Too Expensive 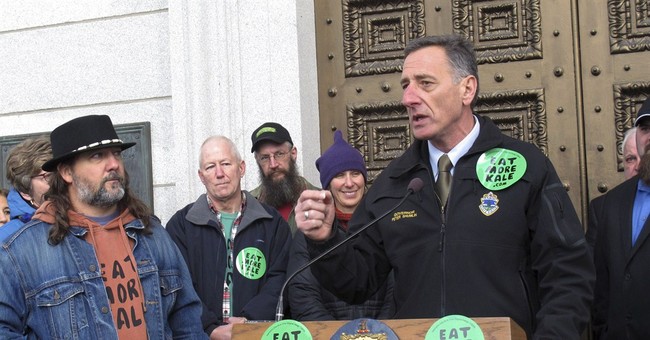 Legislators in the state of Vermont have been making moves toward establishing a single-payer health program that would make all health care available to all residents at taxpayer expense. The state had intended to apply for a waiver to free the state from Obamacare mandates for the purpose of setting up an in-state single-payer system.

Unfortunately, the liberal dream has been mugged by reality: Democratic Gov. Shumlin announced that they're going to abandon the plan because it's too expensive.

Going forward with a project four years in the making would require tax increases too big for the state to absorb, Shumlin said. The measure had been the centerpiece of the Democratic governor's agenda and was watched and rooted for by single-payer health care supporters around the country.

The legislation called for the administration to produce a plan for financing the Green Mountain Care system by 2013 but it wasn't completed until the last several days. Shumlin said it showed the plan would require an 11.5 percent payroll tax on businesses and an income tax separate from the one the state already has of up to 9.5 percent.

Shumlin said small business owners would be hit with both, and he repeatedly expressed concern about whether those businesses, many of which now don't offer health insurance or offer much less costly insurance, could cover the new expense.

Those are astonishingly high tax increases. The politically-feasible solution would be to exempt "small business owners" from those tax increases, but the problem then becomes that it's impossible to get the revenue elsewhere. The entire state would have become a disaster zone, without enough economic activity to provide the tax revenue necessary to support such a scheme.

What's amazing is that Shumlin says this is partly due to our still-sub-optimal economy, recovering from the 2008 crash. This is absurd. If there's only enough revenue to support such a scheme in boom times, it's unwise to implement it at all - ever. A system that can't sustain itself through business cycles is unsustainable. Oh, and Shumlin also lamented that the state couldn't get enough federal money to assist their scheme. As if it needs to be said - a scheme that relies on tax money from other states funneled into one state is unsustainable, as well.