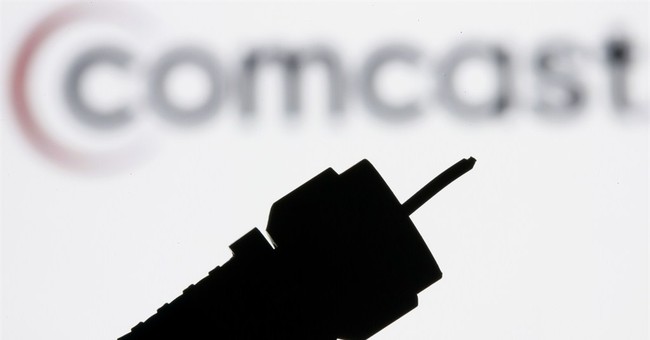 Last week, telecommunications giant Comcast announced its intention to buy telecommunications giant Time Warner for $45 billion in a deal that will be subject to close scrutiny by federal regulators. Many are worried about the power of a nationwide pseudo-monopolist for cable service, but this massive merger might not mean all that much for individual Americans.

There are no markets where Comcast and Time Warner actually compete against each other. It's a frequent topic for pop culture satire, but it's also a function of local regulation: in most markets across the United States, there is only one cable provider. While there has been widespread deregulation of telecommunications rules over the last 20 years, the policy status quo that gave us monopoly had been in existence for most of the development of telecommunications policy.

Telecom companies are subject to franchising requirements by most local markets: in order to provide service to consumers, they must meet a certain set of rules. Those rules in the past have been onerous enough to regulate markets to a place of de facto natural monopoly. Many economists previously thought that this made sense, as the infrastructure investment required to actually provide service was so large that it might not make sense to allow for telecom competition. If there were ten providers, that would mean ten bundles of wires running around the city and ten service vans tearing up public streets to install and service that infrastructure. This was telecommunications technology regulated as public utility, and it was how policy evolved in the United States in the 20th century.

Emerging literature challenged that consensus that cable providers could or should be natural monopolists. There have been limited markets that have allowed for competition to flourish, and it's become clear that the rules that created these monopolies might not have been the wisest policy decisions.

The biggest impediment to cable competition has been "build-out" rules - local franchising regulations have required that potential cable competitors have infrastructure built to service a certain percentage of municipal residents before they're allowed to start providing service to a single customer. Innovation in telecom products means that the regulations that govern telecommunication services are archaic. This came into sharp focus with Verizon's FiOS service, which provides television services without the actual infrastructure that cable services typically use, and when cable providers started providing telephone and internet services over their cable infrastructure.

A wave of reform relaxed franchising laws and brought at least a little competition to some markets. University of Michigan economics professor Jagadeesh Sivadasan, along with graduate student Sutirtha Bagchi, took a look at what happened following these reforms. Prices in deregulated markets fell:

There was significantly more entry in the states that reformed between 2005 and 2008 relative to the non-reformed states.

Unsurprisingly, franchising reform led to more competition and lower prices when it comes to providing cable video services. What's interesting is that the authors find that even the threat of competition is enough to make video providers lower prices. States that reformed franchising laws saw price drops even when competitors did not enter the market - suggesting that incumbent cable pseudo-monopolists have kept prices high due to their regulatory advantages.

It's somewhat natural to recoil at the prospect of the federal government intervening in the market to block the gargantuan merger of Comcast and Time Warner Cable, but it's important to remember that these two cable behemoths exist because of government regulation. They don't even compete against each other, so there might be minimal effect on consumers - and potentially positive effects from the economy of scale that ComcastTimeWarner would wield. In an ideal world, though, these two huge companies would be going head-to-head against each other for the value of consumers' money, rather than operating side-by-side as pseudo-monopolists in different markets before the prospect of teaming up to become a larger nationwide pseudo-monopolist.

The prospect of two of the most hated companies in America merging seems horrifying, but the effect on consumers might just be a blip. Meanwhile, if you want to blame someone for your awful cable services, look not at big business but at local government.