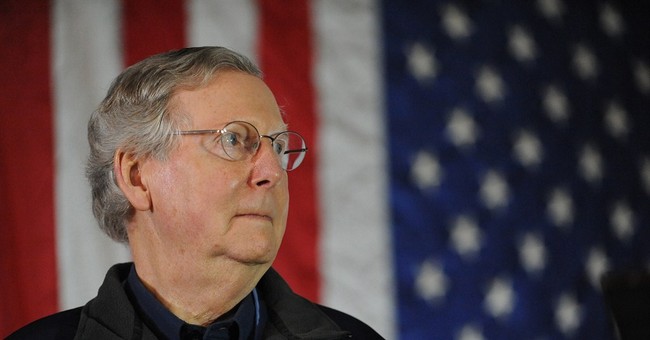 Despite his outwardly even-keeled demeanor, Sen. Minority Leader has had a target on his back for both Republicans and Democrats in the last few years. He now faces a challenge from a movement conservative in Kentucky's Republican primary and a well-funded Democrat in the general election.

Louisville businessman Matt Bevin is challenging McConnell from the right. He is spending $600,000 of his own money and drawing respectable sums from conservative groups and individuals.

Bevin's intensity contrasts with McConnell's dour deadpan, and some Republicans say he's the fresh face to replace a three-decade Senate fixture. Bevin disdainfully criticized McConnell in an interview after a GOP dinner speech in Fisherville, about 30 minutes east of Louisville.

The Associated Press goes on to report that Alison Grimes, the Democratic challenger to Sen. McConnell, is "raising millions of dollars, some of it from Hollywood," and that former President Bill Clinton will make campaign appearances to help Grimes.

Polling is sketchy this far out from a general election, but RealClearPolitics' polling average puts both the McConnell-Grimes matchup and the Bevin-Grimes matchup as too close to call. McConnell has a sizeable lead on Bevin, though.