Cops Use Alcohol Laws to Shut Down Christmas Parties 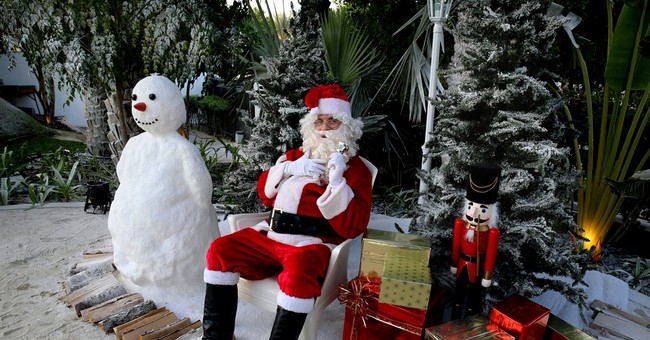 Have you gone to or planning to go to a Christmas (or "Holiday") party this December? If so, thank your lucky stars that you haven't been raided by the cops.

Reason reports on how the police in Massachusetts have been using alcohol laws to shut down parties:

The Institute for Justice (IJ) reports that “a little after midnight on December 13th, Boston police crashed the party and shut down the bar. Officers issued a citation to the Revere Hotel, which hosted the Tech Co-Party, for allegedly breaking the law.”

One of the participating organizations, Calcbench, took to Twitter to explain what happened. “We were told the liquor commision accused the organizers of trying to turn a proft [sic]. I guess open bar is not allowed for that,” they wrote.

Event organizer Ben Carcio said, “From what Boston Police said to us the night of the event, they watch EventBrite, where we sold the tickets, and they look for ‘Open Bar,’ which is their concern. They view it as unlimited drinking for a ticketed price.”

Massachusetts liquor laws prohibit selling “to any person or group of persons any drinks at a price less than the price regularly charged for such drinks during the same calendar week, except at private functions not open to the public.” If the party wasn't doomed already, “advertis[ing] or promot[ing] in any way” open bars is also part of law – which the Tech Co-Party broke by encouraging party-goers to promote it on social media.

So drink up, be merry, have a good time - but watch over your shoulder for the cops.

There are dozens of laws like this throughout the United States that are on the books and used by overzealous law enforcement in inconsistent ways just to discourage behavior they don't like.