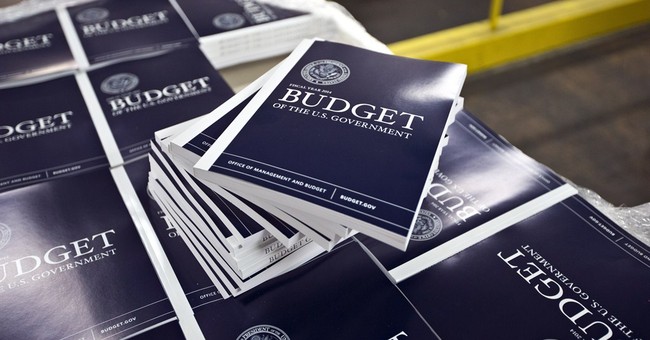 The Congressional Budget Office has just released their September update to their long-term budget projections. This new data is part of a larger narrative: the medium-term budget deficit has shrunk to a manageable level despite the combination of stimulus spending and projected new Obamacare spending.

The CBO's 2011 Alternative Fiscal Scenario - a scenario which forecast the full extension of the Bush tax cuts and increased spending that would come along with provisions unlikely to be implemented, like a doc fix - predicted that the U.S. government would be facing a spending deficit of 7.5% of GDP and total public debt over 100% of GDP in 2021. The CBO's newest updates project that, in 2021, the U.S. would have a 3.5% deficit and debt below 70% of GDP.

1. Republicans and Democrats hiked taxes - much of it on "the rich."

Obviously, this had been a priority for Democrats for a long time. The fiscal cliff that was avoided at the beginning of this year, however, gave Democrats the leverage to demand Republicans agree to let lower income tax rates lapse for upper-income-earners. It may not seem like much - the top tax rate in the United States climbed from 35% to 39.6%, among other tax provisions - but it will result in over $620 billion in tax revenues for the federal government over the next ten years. The expiration of the payroll tax cut has added more tax revenue as well.

The Tax Policy Center estimated that the total effect of the fiscal cliff legislation would increase taxes by over $500 billion in 2013 alone. All in all, tax hikes account for about half of all the deficit reduction achieved in the last few years.

As a result of the 2011 debt ceiling standoff, Congress and President Obama agreed to sequestration - a set of automatic spending reductions - as a part of the Budget Control Act. The CBO estimated that these automatic reductions would total $1.2 trillion over the next ten years.

Both parties have found something to quarrel with in sequestration. Democrats take issue with reductions in social safety net spending. Republicans worry that defense cuts are weakening our military. But sequestration has put a massive dent in our medium-term deficit problem.

The Budget Control Act introduced other spending cuts - a trillion dollars' worth, actually - but over half of it is due to sequestration. President Obama has been pushing Congress for a sequestration "replacement." The immediate worry that should come to deficit hawks' mind is that any replacement would simply repeal the spending cuts. Like the "doc fix," every year that sequestration spending cuts are delayed makes out-year cuts that much more painful if the plan is to maintain overall level of cuts. Sequestration might be bad policy, but it might be the most politically-feasible form of bringing our medium-term deficit under control.

It's not entirely clear why health care cost increases have slowed. Part of it - perhaps a major reason - is the recession and slow recovery. Americans spend less on everything during recessions, and medical care is no different. A Kaiser Foundation study said that up to 77% of the slowdown in health cost increase is due to the recession.

But not all of it. As Yuval Levin noted, there has been a downward trend in health cost increases that began in 2002.

Whatever the cause, the slowdown in health cost increases is projected to save the federal government hundreds of billions of dollars in the next ten years.

Though the media has characterized our political system as hopelessly polarized and unable to pass simple legislation, there has actually been fairly significant success at tackling America's medium-term deficit problem. President Obama and Democrats are pretty gung-ho about repealing sequestration, but it's a key component of getting America's medium-term deficit under control.

None of this is to say that the long-term debt problem is close to being solved. It's not, and the Congressional Budget Office is very clear that the explosion in entitlement spending that will begin at the end of this decade is a major problem worth tackling sooner rather than later. But in the meantime, there's been a successful drive to reduce our medium-term deficits to manageable levels that has made lessened pressure for long-term structural entitlement reforms.