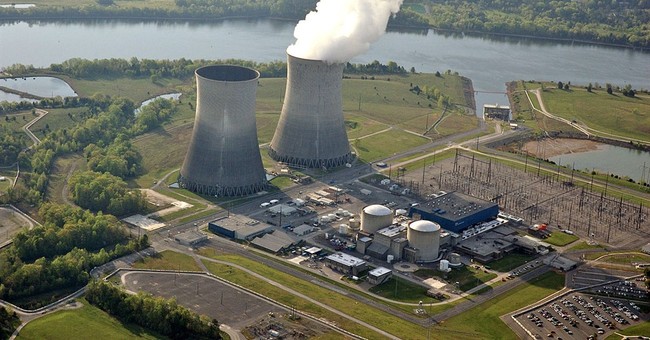 Spectacular failure made Solyndra a household name and highlighted failures in the Department of Energy's loan guarantee program. Since then, energy companies like Beacon Power, A123 Systems, Abound Solar and others have fueled the narrative that DOE made bad bets on risky clean energy programs.

Today, Taxpayers for Common Sense released a report that pointed to Southern Company as the next project with potential to blow up in the federal government's face. The Department of Energy has considered granting a $8.33 loan guarantee in order to build two nuclear reactors in Georgia. The problems that have plagued the program so far may point to disaster down the road.

Currently, reactors 3&4 are estimated to cost more than $14 billion and come online in 2017 and 2018, respectively. However, construction delays and pending lawsuits have already pushed the project’s commercial operating date back a year and could cause significant increases in project costs.

Standard and Poor’s downgraded the Outlook on Southern Company and Georgia Power’s credit ratings from ‘Stable’ to ‘Negative.’ Georgia Power’s 45.7 percent ownership of the proposed Vogtle expansion project, its share of project costs is nearly $6.4 billion. Georgia Power is currently paying for financing costs associated with Vogtle reactors 3&4 in part by charging its customers in advance with a tariff referred to as a Nuclear Construction Cost Recovery Rider with a Construction Work in Progress (CWIP) balance that now totals $2.3 billion.

If the loan guarantee is finalized and the Georgia nuclear project turns out to be a boondoggle, it would represent by far the largest failure of the DOE loan guarantee program so far. Mark Perry of the American Enterprise Institute compiled a list of the DOE loan program, and this $8.33 billion far outstrips the failure of Solyndra, which wased a "mere" $535 million. As it stands now, Perry counts the Georgia nuclear project as one of the largest success stories of the DOE program, with 800 "permanent jobs" created.

More than $26 billion has been spent (or pledged in loan guarantees) since 2009 on DOE Section 1703 projects (taxpayer support for clean energy technologies that are typically unable to obtain conventional private financing) and Section 1705 loan guarantees (for certain renewable energy systems and leading edge biofuels). Unfortunately for taxpayers, fewer than 2,300 permanent jobs have been created for all of those billions of dollars, at a cost to taxpayers of more than $11.45 million per job. Solar projects generated an especially poor return for taxpayer funding – almost $1 billion of taxpayer dollars were spent on just two now-bankrupt solar companies – Abound and Solyndra – that in the end created no permanent jobs.

While conservatives have generally been far more amenable to nuclear power than forms of green energy like solar and wind, government sponsorship of boondoggles should be held to the same standard no matter what the form of power. Keep an eye on this nuclear project down in Georgia - the federal government might yet again get suckered into propping up a boondoggle with taxpayer dollars.