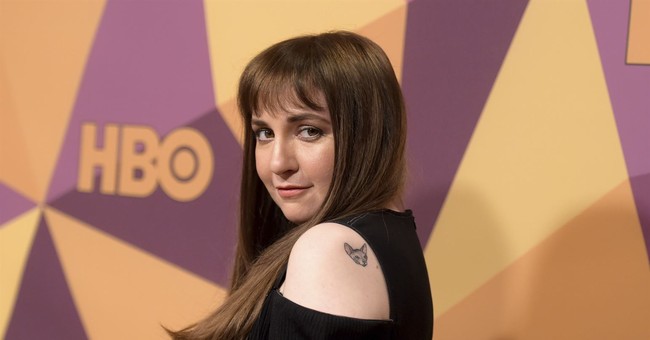 Following reports of children being separated from their parents after illegally crossing the border, actress and outspoken feminist Lena Dunham accused the pro-life movement of hypocrisy, for not defending “living children.”

I know this is basic knowledge at this point, but my mind simply can’t comprehend that the same people who claim to care so much about embryos care so little about living children. People’s children. Human children. Children.

In December 2016, Dunham admitted in an episode of her Woman of the Hour podcast entitled “Choice” that she regretted not having an abortion.

“So many people I love – my mother, my best friends – have had to have abortions for all kinds of reasons,” Dunham said. “I feel so proud of them for their bravery, for their self-knowledge, and it was a really important moment for me then to realize I had internalized some of what society was throwing at us and I had to put it in the garbage. Now I can say that I still haven’t had an abortion, but I wish I had,” said Dunham

“It's funny, I haven't seen any outcry from "pro-life" organizations about the treatment of children at the border. Almost as if they don't give a sh*t about actual babies,” tweeted Jessica Valenti, Guardian columnist and author of Sex Object: A Memoir.

Individuals coming out against this policy is good, but it's major pro-life organizations that carry actual weight. If ego-maniacal Trump thought his new 'pro-life savior' title was in jeopardy, it might make a difference.

Their silence on this issue is craven and shameful, and they know it.

She event went so far as to go after the pro-life organization Susan B. Anthony List.

Trump has been taking a victory lap among pro-life orgs like the @SBAList for his sweeping anti-choice measures here & abroad (the global gag rule). They've been falling all over themselves honoring him because it's the most political capital they've had in a while.

In an opinion piece she wrote for the New York Times, Valenti asserted that conservative women who did not support abortion were not true feminists.