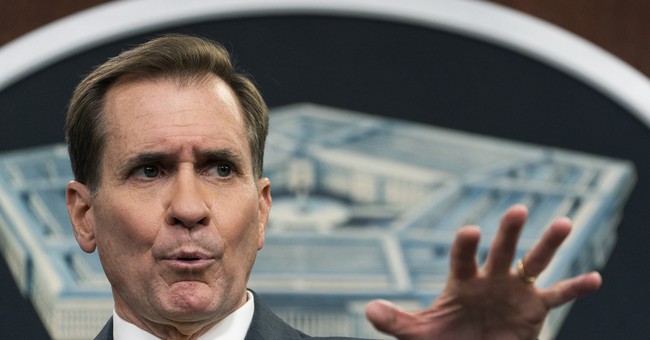 Speaking to reporters at the White House Tuesday afternoon, National Security Council Coordinator for Strategic Communications John Kirby was pressed on how much money taxpayers are sending to defense contractors for weaponry in Ukraine.

The question prompted Kirby to not only defend the Biden administration's funneling of heavy weaponry to Ukraine's civilian army, but he also stressed the importance of sending small arms like bullets and rifles into the country.

"We supply small arms and ammunition," Kirby said. "And, you know, we get caught up a lot talking about HIMARS, right? Long-range rocket systems and artillery systems and tanks and all that, all those big-ticket items that the Ukrainians say they need.  And it's true they do."

"But what they'll also tell you is that the bullets and the small arms are making a big difference every single day, because the fighting in the Donbas is close combat. A lot of long-range fires, lots of artillery, no question. But there, it's a lot of small-arms combat, too. So we forget about that," he continued.

Kirby touts the effectiveness of small arms and ammunition being shipped to Ukraine while the Biden administration works overtime to disarm law abiding American citizens. pic.twitter.com/AZTFBiGA2W

The comment comes after President Joe Biden called for a ban on semi-automatic rifles for American citizens and as the administration works to shut down ammunition sales to civilians.