Is the White House Lying About Biden's Response to the Baby Formula Crisis? 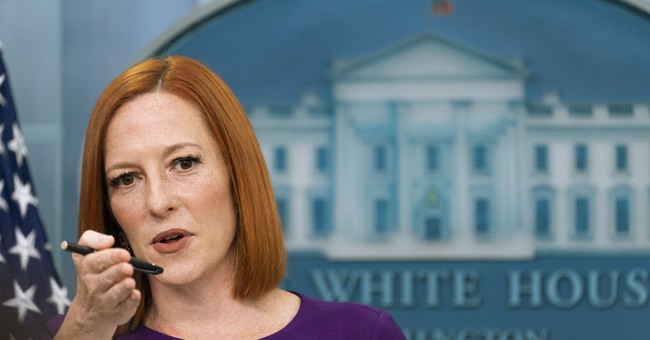 During the daily briefing at the White House Thursday afternoon, Press Secretary Jen Psaki claimed the Biden administration has been working to solve the baby formula shortage "for some time now."

REPORTER: "He would have known about [the baby formula shortage] before this week. It wasn't like this suddenly popped up..."

PSAKI: "This has been something the administration has been working on for some time now." pic.twitter.com/glTTKXmca0

A reporter asks if parents who can't find baby formula should take their children to the hospital.

PSAKI: "Those are important public health questions...but what I can convey to all of you is what we're doing to address exactly that concern, which is taking every step we can..." pic.twitter.com/BPxDe6KNTh

But yesterday Principle Deputy Press Secretary Karine Jean-Pierre was asked who was in charge of handling the crisis. She laughed out loud and said she did not know.

"At the White House, I don't know," Jean-Pierre said while laughing. "I can find out for you and get you a person who is running point."

When asked who at the White House was in charge, she *laughed* and said she didn't know. https://t.co/gt1lWkhAG3

By the way, this recall was announced on February 17th. Parents have been dealing with shortages for months. Why is the administration only announcing these things now? SAO: "I can assure you that this is not new to the White House’s radar."

Wow. What a total failure.

Why the Liberal Media Won't Be Able to Use the Horrific Buffalo Shooting to Smear Conservatives
Townhall
Eric Swalwell's attempt to prove his 4-year-old REALLY DID watch horrific and violent news on TV BACKFIRES spectacularly
Twitchy
Tucker Carlson Responds to Charges He Inspired Buffalo Shooter, Makes His Critics Look Like Childish Ghouls
Redstate
Put a Fork in Portland
PJ Media