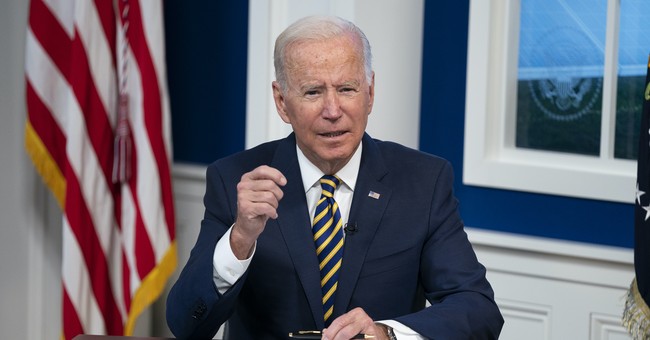 Last week, news broke that the Department of Justice was getting ready to pay illegal immigrants, separated from others claiming to be family members, $450,000 each.

"The Biden administration is in talks to offer immigrant families that were separated during the Trump administration around $450,000 a person in compensation, according to people familiar with the matter, as several agencies work to resolve lawsuits filed on behalf of parents and children who say the government subjected them to lasting psychological trauma," the Wall Street Journal reported. "The U.S. Departments of Justice, Homeland Security, and Health and Human Services are considering payments that could amount to close to $1 million a family, though the final numbers could shift, the people familiar with the matter said. Most of the families that crossed the border illegally from Mexico to seek asylum in the U.S. included one parent and one child, the people said. Many families would likely get smaller payouts, depending on their circumstances, the people said."

After remarks at the White House Wednesday, President Joe Biden was asked about the plan. He said the reporting was "garbage" and that payments weren't happening.

But according to the ACLU, the payments are actually very real.

We respectfully remind President Biden that he called these actions ‘criminal’ in a debate with then-President Trump, and campaigned on remedying and rectifying the lawlessness of the Trump administration.

We call on President Biden to right the wrongs of this national tragedy.

So did Biden lie? Or are the payments being tossed?