Garland Doubles Down on Targeting Parents 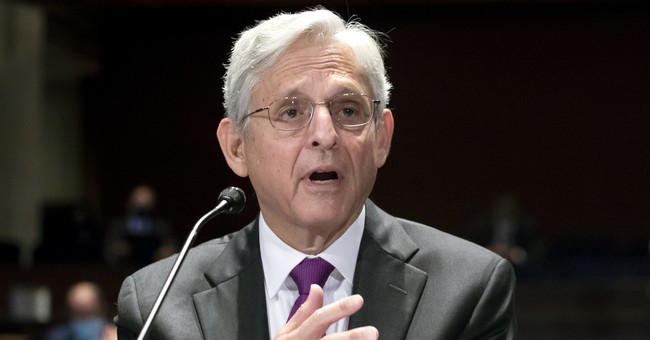 Late last week the NSBA apologized for the letter, where parents were classified as domestic terrorists worthy of Patriot Act scrutiny, that prompted Garland's actions. Regardless, DOJ will move forward.

In a number of exchanges with Republican Senators, Garland refused to condemn the use of federal law enforcement and argued the Department is simply "combatting violence." Garland admitted during testimony in front of the House Judiciary Committee last week that DOJ has not investigated allegations of violence or seen evidence, but simply heard about "threats" and "harassment" from the NSBA.

GRASSLEY: "Since you and the White House based your memo on this delegitimized letter, I assume you're going to revoke your extremely divisive memo...This kind of looks like something that would come out of some communist country." pic.twitter.com/9sUD203ngm

CORNYN: "Can you imagine the sort of intimidation, the sort of bullying impact that a memorandum from the Department of Justice would have, and how that would chill the willingness of parents to exercise their rights under threat of federal prosecution?" pic.twitter.com/M3lMKNw3rv

Garland denied the DOJ memo could be used to chill speech. Parents who have been active at school board meetings aren't buying it.

Regarding AG Garland's response to the question of whether or not the Dept. Of Justice memo has a chilling effect on parents: pic.twitter.com/8tp5TkmC6k

In response to @SenJohnKennedy, Garland testifies he did not investigate any incidents stated in the original NSBA letter. We now know none of the incidents in that letter need a federal response. There’s no basis for Garland’s memo. It should be rescinded! #ampFW #GarlandHearing

So the Board itself withdrew its domestic terrorism suggestion and the AG admits that most of the cited examples are not covered by state or federal criminal laws--and would be constitutionally protected. Yet, the national deployment launched as a result of the letter continues.