Lummis Rips IRS Plans to Snoop on Your Bank Account 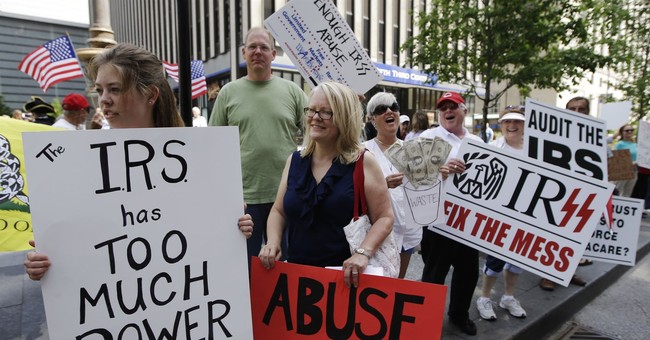 Senator Cynthia Lummis (R-WY) is blasting new attempts by Democrats and President Joe Biden to implement new rules that would allow the IRS to monitor the bank accounts of every American and police all transactions over $600.

During a Senate Banking Committee hearing earlier this week, Lummis took Treasury Secretary Janet Yellen to task over the issue.

"My constituents in Wyoming cannot believe that you support a proposal to require banks and credit unions to report customer data to the Internal Revenue Service for transactions of $600 or more. There are obvious privacy concerns for all Americans here and this represents a dramatic regulatory burden for community banks and credit unions in Wyoming and elsewhere," Lummis said. “Bank customers are not subjects of the federal government. Banks do not work for the IRS. This is an invasion of privacy. Wyoming’s people literally will find alternatives to traditional banks just to thwart IRS access to their personal information, not because they’re trying to hide anything, but because they are not willing to share everything.”

“I am astounded by what you’re supporting and proposing. I think it’s invasive. I think privacy for individuals is being ignored. And I think that treating the American people like they are subjects of the government is unconscionable,” she continued.

Wyoming bank customers are NOT subjects of the federal government.

Wyoming Banks do NOT work for the IRS. pic.twitter.com/648Zit7cXL

No ma’am. But you know what is important? Liberty. pic.twitter.com/TKUn4Fi6Ny

Here is the full exchange:

Americans for Tax Reform is also sounding the alarm, calling the proposal a violation of taxpayer rights.

"The IRS Criminal Investigation Division (IRS-CI) regularly violated taxpayers’ rights and skirted or ignored due process requirements when investigating taxpayers for allegedly violating the $10,000 currency transaction reporting requirements, according to a 2017 report by the Treasury Inspector General for Tax Administration (TIGTA). In addition, less than one in ten investigations uncovered violations of tax law," ATR states. "These findings should be alarming to taxpayers given that President Biden has proposed creating a new comprehensive financial account information reporting regime which would force the disclosure of any business or personal account that exceeds $600. Not only would this include the bank, loan, and investment accounts of virtually every individual and business, but it would also include third-party providers like Venmo, CashApp, and PayPal."