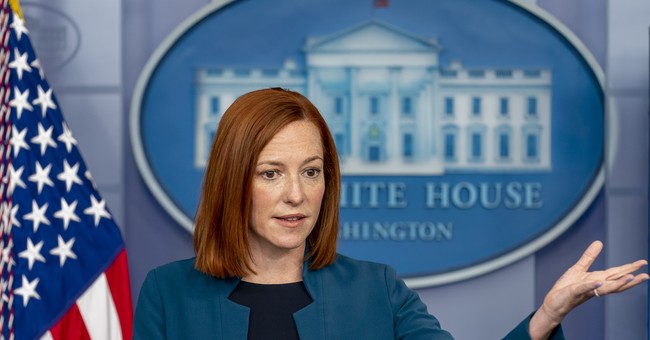 "There's a range of revenue raisers and options on the table," Psaki said, arguing corporate polluter fees don't violate Biden's promise not to raise taxes on Americans making less than $400,000 per year.

Upon the request of Majority Leader Chuck Schumer (D-New York), Wyden is drafting legislation that could create a carbon tax starting as high as $18 per ton and set to increase over time, according to reporting from the New York Times. For context, the Congressional Budget Office has previously estimated that a $20 per ton carbon tax would increase taxes by $1.2 trillion over a decade while the center-left Tax Policy Center found a $20 per ton carbon tax reduces the pre-tax income of households in the lowest income quintile by nearly one percent.

This tax increase would violate President Biden’s pledge not to raise any form of tax on anyone making less than $400,000 per year. A carbon tax would increase the price of gasoline, household energy bills and everyday consumer goods.

The White House has had a hard time convincing Democratic Senators Joe Manchin and Kyrsten Sinema to go along with Biden's $3.5 trillion spending plan. Manchin specifically is raising questions about carbon taxes already in the bill.

"I just heard about that," Manchin told reporters on Capitol Hill Monday. "Any type of a tax is going to be passed on to the people."

"Now if a tax is going to be beneficial to help something and give us more research and development and innovation and technology, it’s something to look at," he said.