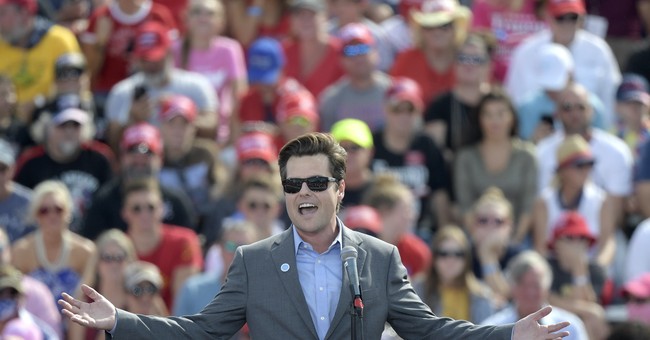 Florida Republican Congressman Matt Gaetz has been exonerated after 62-year-old Stephen Alford was recently indicted by the Department of Justice for extortion.

"Stephen M. Alford did knowingly and willfully devise, and intent to devise, a scheme to defraud and for obtaining money and property by means of material false and fraudulent pretenses, representations, and promises, and for the promise of executing such scheme, did cause, and attempt to cause, a wire communication to be transmitted in interstate commerce," the indictment states.

Don Gaetz was allegedly approached by Alford earlier this year, the indictment says, with a proposal that if Don Gaetz gave money to Alford, he would try and secure a presidential pardon for Rep, Gaetz ending the reported investigation into Rep. Gaetz and sex trafficking.

Earlier this year, Gaetz was adamant Alford was making false allegations of sexual misconduct against him in order to extort money from his successful and wealthy family.

Alford was indicted today. Those he was working with to extort me on a pile of lies should be next. pic.twitter.com/7XGGXINGcR

Back in March when news broke that the Department of Justice was investigating Gaetz for sexual misconduct, the congressman maintained he was being extorted.

"The allegations of sexual misconduct against me are false," Gaetz told Axios at the time. "They are rooted in an extortion effort against my family for $25 million."