Facing Catastrophic Defeat, Biden Has Finally Chimed in on Afghanistan 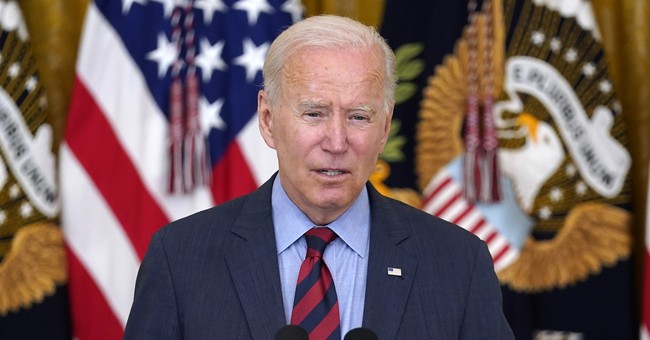 After leaving the White House Thursday and days of silence in Wilmington and Camp David, President Joe Biden released a statement Saturday afternoon about the swift Taliban takeover of Afghanistan. The terrorist organization has killed countless civilians, executed surrendering troops and Americans are in harms way.

“Over the past several days I have been in close contact with my national security team to give them direction on how to protect our interests and values as we end our military mission in Afghanistan,” Biden said. “First, based on the recommendations of our diplomatic, military, and intelligence teams, I have authorized the deployment of approximately 5,000 US troops to make sure we can have an orderly and safe drawdown of US personnel and other allied personnel and an orderly and safe evacuation of Afghans who helped our troops during our mission and those at special risk from the Taliban advance.”

“Second, I have ordered our armed forces and our intelligence community to ensure that we will maintain the capability and the vigilance to address future terrorist threats from Afghanistan,” he continued. “Third, I have directed the Secretary of State to support President Ghani and other Afghan leaders as they seek to prevent further bloodshed and pursue a political settlement. Secretary Blinken will also engage with key regional stakeholders.”

The additional troops, increased from the 3000 announced Thursday to 5000, are being deployed after the Taliban took over 16 provinces in less than a week despite the Afghanistan military having an air force, 20 years of training and billions of dollars in U.S. military equipment. Along the way, the Taliban has taken over U.S. military equipment, including humvees, and is using it to continue their siege. Americans working at the U.S. Embassy in Kabul are preparing for emergency evacuation by U.S. Marines and have been ordered to destroy sensitive and classified material.

“We have conveyed to the Taliban representatives in Doha, via our Combatant Commander, that any action on their part on the ground in Afghanistan, that puts US personnel or our mission at risk there, will be met with a swift and strong US military response,” Biden said.

As Biden prepares for an imminent, catastrophic and embarrassing defeat, he’s attempting to blame the Trump administration for his failed exit strategy from the country.

While the Taliban sits just 30 miles outside of Kabul,  U.S. officials have begged for the embassy to be spared. Many analysts believe it will be burned down on the 20th anniversary of the 9/11 attacks.