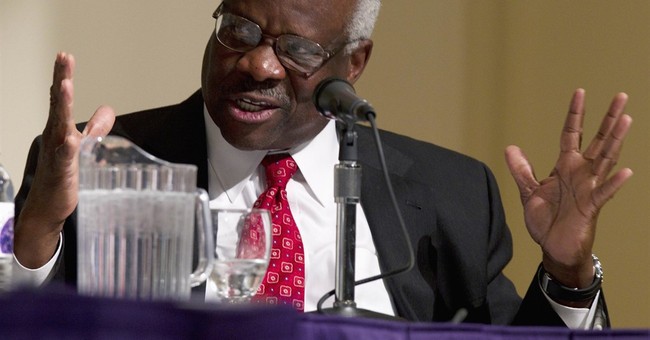 The Supreme Court ruled 6-3 to reject the review of two 2020 Pennsylvania presidential election cases Monday, but Justices Samuel Alito, Neil Gorsuch and Clarence Thomas believe they should have been given hearings.

SCOTUS declines to take up a pair of leftover cases from the 2020 election. They involved the authority of the Pennsylvania Supreme Court to extend the state's mail-in ballot deadline. Thomas, Alito and Gorsuch say the court should have granted review. https://t.co/RkzsCeb1Hi

JUST IN - U.S. Supreme Court refuses to review #Pennsylvania election cases. No standing before an election, moot after. Justices Alito, Gorsuch, and Thomas dissent from the denial.

In his dissent Justice Thomas argued mass mail-in voting, which was conducted in Pennsylvania for the first time ahead of the 2020 presidential election in November, combined with election rules being rewritten last minute, makes the process prone to fraud and mistrust.

"The Constitution gives to each state legislature authority to determine the 'Manner' of federal elections...Yet both before and after the 2020 election, nonlegislative officials in various States took it upon themselves to set the rules instead. As a result, we received an unusually high number of petitions and emer- gency applications contesting those changes. The petitions here present a clear example. The Pennsylvania Legislature established an unambiguous deadline for receiving mail-in ballots: 8 p.m. on election day," Thomas wrote.  "Dissatisfied, the Pennsylvania Supreme Court extended that deadline by three days. The court also ordered officials to count ballots received by the new deadline even if there was no evi- dence—such as a postmark—that the ballots were mailed by election day. That decision to rewrite the rules seems to have affected too few ballots to change the outcome of any federal election. But that may not be the case in the future. These cases provide us with an ideal opportunity to address just what authority nonlegislative officials have to set elec- tion rules, and to do so well before the next election cycle. The refusal to do so is inexplicable."

This is what happens EVERY election. They refuse to deal with the problem at hand, but it never gets fixed for the next time because it's moot. This is how the lower federal courts and some state courts have screwed with legislatures and election law for the past 15 years. https://t.co/o0yluSHf4r