It’s Official: The U.S. Has Rejoined the Paris Climate Agreement 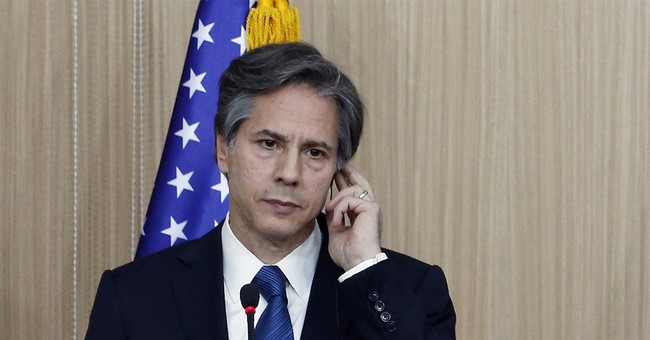 Secretary of State Anthony Blinken announced Friday that the United States is officially back in the Paris Climate Accords.

"On January 20, on his first day in office, President Biden signed the instrument to bring the United States back into the Paris Agreement. Per the terms of the Agreement, the United States officially becomes a Party again today," Blinken released in a statement. "The Paris Agreement is an unprecedented framework for global action. We know because we helped design it and make it a reality. Its purpose is both simple and expansive: to help us all avoid catastrophic planetary warming and to build resilience around the world to the impacts from climate change we already see."

"Now, as momentous as our joining the Agreement was in 2016 — and as momentous as our rejoining is today — what we do in the coming weeks, months, and years is even more important. You have seen and will continue to see us weaving climate change into our most important bilateral and multilateral conversations at all levels. In these conversations, we’re asking other leaders: how can we do more together?" he continued.

President Donald Trump took the U.S. out of the agreement in 2017, saving taxpayers $3 billion, and still continued to cut emissions at rates higher than European countries who stayed in the accords. From Forbes:

Yesterday, The United Nations released its Emissions Gap Report 2020, an annual assessment of contributions to greenhouse gas and carbon emissions. The report has some notable information amid an array of complicated projections that may or may not come true. It claims, for instance, that “despite a brief dip in carbon dioxide emissions caused by the COVID-19 pandemic, the world is still heading for a temperature rise.”

But for the United States, the real value in this report is as an advisory that it need not join the Paris Climate Accord. This report is evidence that, instead, the U.S. should just keep doing what it is doing to cut its own emissions. The U.S. is the most successful major country at mitigating its own pollution, and the U.N. shows this.