BREAKING: Trump Issues Another Round of Pardons 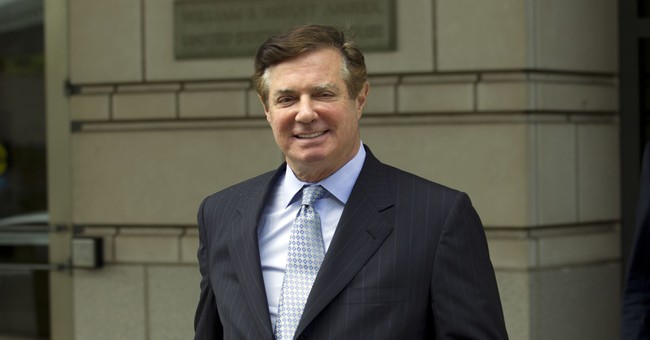 “Today, President Trump president  has issued a full and complete pardon to Paul Manafort, stemming from convictions prosecuted in the course of Special Counsel Mueller’s investigation, which was premised on the Russian collusion hoax.  Mr. Manafort has already spent two years in prison, including a stretch of time in solitary confinement – treatment worse than what many of the most violent criminals receive,” the White House released in a statement. “As a result of blatant prosecutorial overreach, Mr. Manafort has endured years of unfair treatment and is one of the most prominent victims of what has been revealed to be perhaps the greatest witch hunt in American history.  As Mr. Manafort’s trial judge observed, prior to the Special Counsel investigation, Mr. Manafort had led an ‘otherwise blameless life.’ Since May, Mr. Manafort has been released to home confinement as a result of COVID-19 concerns.”

“Today, President Trump granted a full and unconditional pardon to Roger Stone, Jr.  President Trump had previously commuted Mr. Stone’s sentence in July of this year. Mr. Stone is a 68-year-old man with numerous medical conditions,” the White House said. “Due to prosecutorial misconduct by Special Counsel Mueller’s team, Mr. Stone was treated very unfairly. He was subjected to a pre-dawn raid of his home, which the media conveniently captured on camera. Mr. Stone also faced potential political bias at his jury trial. Pardoning him will help to right the injustices he faced at the hands of the Mueller investigation.”

Kushner was released from federal prison in 2006 after serving a sentence for a number of federal crimes. He was prosecuted by then U.S. Attorney for New Jersey Chris Christie.

“Mr. Kushner has been devoted to important philanthropic organizations and causes, such as Saint Barnabas Medical Center and United Cerebral Palsy. This record of reform and charity overshadows Mr. Kushner’s conviction and 2 year sentence for preparing false tax returns, witness retaliation, and making false statements to the FEC,” the statement says.