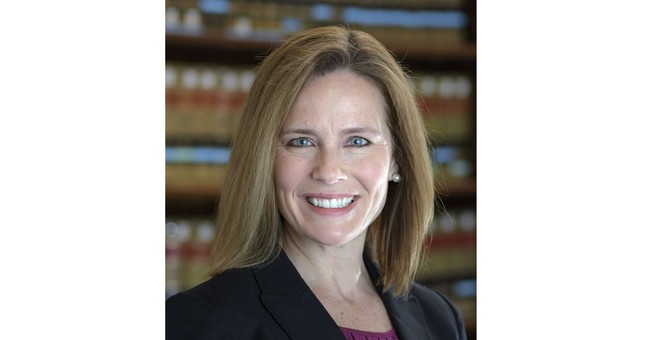 As Matt wrote earlier, rumors have being swirling in Washington D.C. all day that U.S. Circuit Court Judge Amy Coney Barrett is President Trump's choice to be the next Supreme Court Justice.

Texas Republican Senator John Cornyn, who is a member of the Judiciary Committee, just confirmed the news.

Judge Barrett has impressed the brightest judicial and legal minds with her profound understanding of the law. I look forward to meeting with her in the coming days as the Judiciary Committee prepares for her confirmation hearing.

The Senate will begin a thorough review of Judge Barrett’s nomination, a process that shouldn't be rushed. Despite previous attacks based on her religious faith, I hope Democrats choose not to engage in another character assassination, as they did against Justice Kavanaugh.

Judge Amy Coney Barrett is a legal trailblazer w/respect for the law & our nation’s founding principles. Throughout her career, she has maintained the importance of an independent judiciary that interprets the law & Constitution as-written, operating free from political pressure.

At Joint Base Andrews Friday evening, President Trump was asked about the Barrett pick. He said he will officially reveal if she's the choice tomorrow afternoon at the White House. Trump will make the announcement at 5 p.m. eastern and the nominee will start meeting with Senators on Capitol Hill next week.