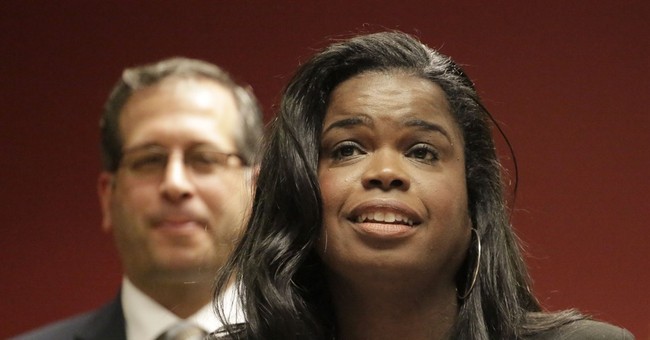 Violent crime in Chicago continues to rage out of control. Shootings are up 48 percent since last year and attacks on police officers have become increasingly brazen. According to Chicago police records, 455 people have been murdered just this year, an increase of 55 percent over the same time last year. There have been over 1800 shootings and last weekend, riots broke out in the the city.

The crime spike can be attributed to a number of things, but the lack of prosecution from the office of Cook County State Attorney Kim Foxx is a major contributing factor. From the Chicago Tribune:

Cook County State’s Attorney Kim Foxx is dropping felony cases involving charges of murder and other serious offenses at a higher rate than her predecessor, according to a Tribune analysis that comes amid a growing debate over criminal justice reform.

During Foxx’s first three years as the county’s top prosecutor, her office dropped all charges against 29.9% of felony defendants, a dramatic increase over her predecessor, the Tribune found. For the last three years of Anita Alvarez’s tenure, the rate was 19.4%.

In all, a total of 25,183 people had their felony cases dismissed under Foxx through November 2019, up from 18,694 for a similar period under Alvarez.

The White House, where President Trump has roundly criticized Chicago politicians for their failed leadership on combatting crime, has taken notice.

The Department of Justice recently expanded Operation Legend to Chicago as local law enforcement agents continue to be overwhelmed.

"It's important to stress that the operations we are talking about are the standard, anti-crime fighting activities we have been carrying out around the country for decades. We will be adding federal agents to the task forces. These are street agents, they are investigators who will be working to solve murders and to take down the violent gangs. They'll be working shoulder to shoulder with our state and local colleagues," Attorney General Bill Barr said during a law enforcement event at the White House in July. "This is a different kind of operation obviously than the tactical teams we use to defend against riots and mob violence and we are going to continue to confront mob violence, but the operations we are discussing today are very different. They are classic crime fighting."

Foxx is the infamous prosecutor who dropped the case against actor Jussie Smollett after he made up a story about being assaulted by "racist" Trump supporters in the middle of a Chicago blizzard.