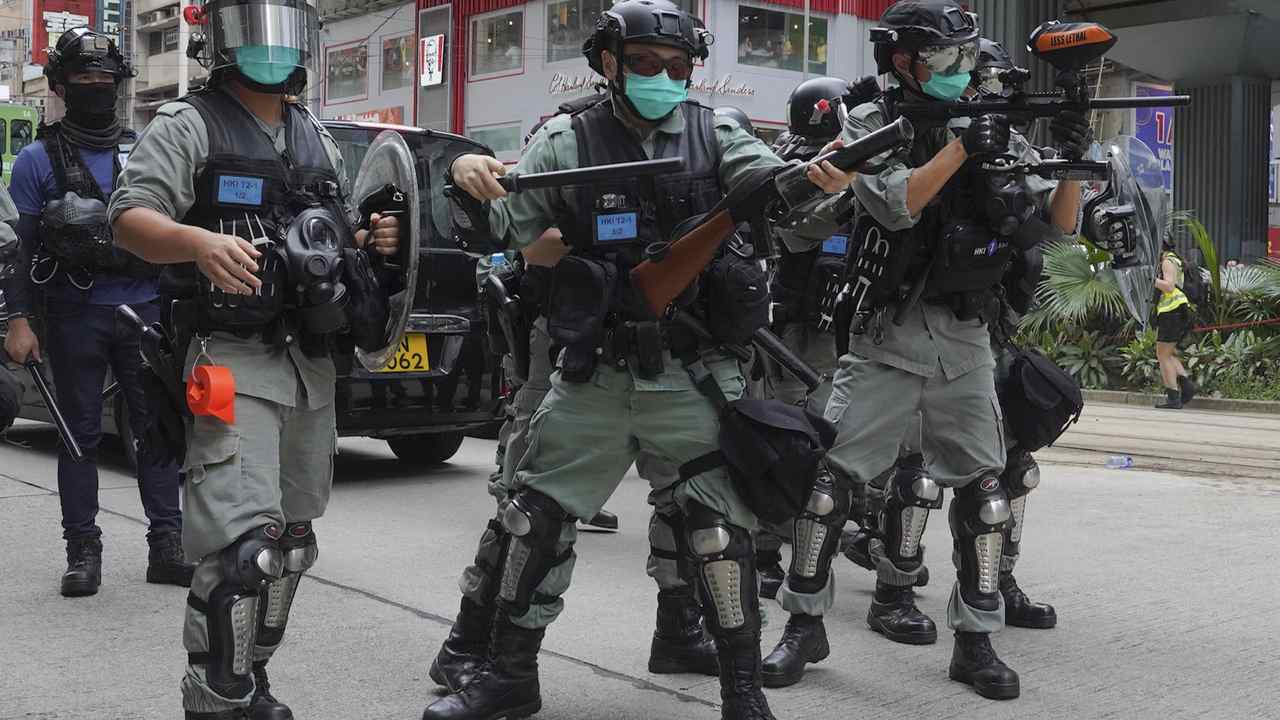 Secretary of State Mike Pompeo officially declared Hong Kong is no long autonomous from China as the Chinese Communist Party continues its crackdown on the major financial hub.

Today, I reported to Congress that Hong Kong is no longer autonomous from China, given facts on the ground. The United States stands with the people of Hong Kong.

The United States stands with the people of Hong Kong as they struggle against the CCP’s increasing denial of the autonomy that they were promised.

The PRC's decision to impose national security legislation on Hong Kong is the latest in a series of disastrous actions that fundamentally undermine Hong Kong’s autonomy and freedoms.

President Trump has said China's behavior will make it difficult for Hong Kong to remain a major, global financial center.

"He's displeased with China's efforts and that it's hard to see how Hong Kong can remain a financial hub if China takes over," White House Press Secretary Kayleigh McEnany said Tuesday.

"This is a sad day for liberty. The Chinese Communist Party and the People's Republic of China have now undeniably violated Hong Kong's autonomy at the expense of the precious freedoms the people of Hong Kong fought tirelessly and bravely to preserve," Cruz released in a statement. "This unacceptable aggression is exactly why I introduced the Hong Kong Policy Reevaluation Act, a version of which was signed into law last year. As the Trump administration's actions make clear, America will not stand by and allow tyrants in China to exploit the special treatment Hong Kong received under U.S. law. We will stand strong with our allies and hold the line against the spread of communism."

Since last year, young Hong Kongers have been protesting in the streets against China's communist incursion and violation of the Sino-British Joint Declaration treaty.

A Foreign Office spokeswoman said the 1984 Sino-British Joint Declaration, which laid out how Britain would end its rule over Hong Kong before it was handed back to China in 1997 and which guaranteed the city’s rights and freedoms, still applied.

“The Joint Declaration is a legally binding treaty between the UK and China that remains as valid today as it was when it was signed and ratified over 30 years ago,” she added.

“As a co-signatory, the UK government will continue to defend our position.”