Should Gun Stores Be Classified as Essential Business During a Crisis? 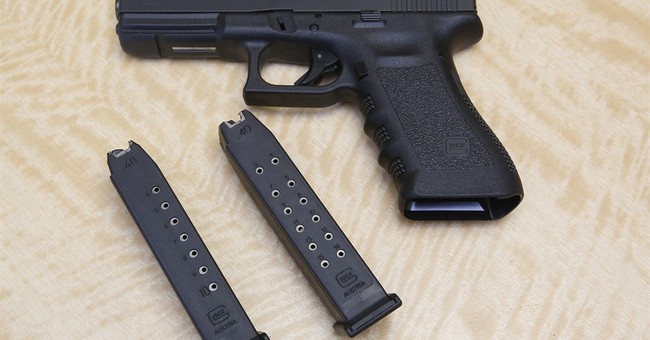 As state and local governments continue to grapple with how to handle the Wuhan coronavirus, a number of governors across the country have declared a shut down of "non-essential" services. Essential services generally include banks, grocery stores, liquor stores, healthcare, crucial communication systems, utilities, gas stations and shipping.

But what about gun stores? After all, the Second Amendment is a constitutional right and during a time of crisis, the police cannot be everywhere. Not to mention, while government officials are shutting off the ability for citizens to lawfully purchase firearms, they're releasing convicted criminals from jail.

The National Shooting Sports Foundation is working to get firearms stores and manufacturing classified as essential services during a crisis. This classification is needed for individual protection, to avoid interruption of the national defense and to ensure local law enforcement is well supplied.

"The firearm and ammunition industry is proud to provide the U.S. military and federal, state and local law enforcement agencies with the tools they need to carry out their vital national security and public safety missions. While we are facing a different kind of war in combatting an unprecedented public health crisis, it is imperative that we maintain a strong national defense and maintain public order," he continued.

"We have seen in the past that law enforcement has turned to firearm retailers in times of civil unrest, such as when during the Los Angeles riots in 1992 local law enforcement went to retailers to obtain more effective firearms in order to restore the peace and protect residents and local businesses," he continued. "We cannot expect law enforcement to do its job of serving, protecting, and defending our communities without making sure they have access to the tools they need and which our industry provides. Our industry’s manufacturers, distributors and retailers are a vital part of the Emergency Services Sector."

Over the past two weeks, gun sales have increased by 300 percent.

You can read Keane's entire letter below.

Gun stores should be essential services by Katie Pavlich on Scribd

Share this on Facebook
Tweet
Gov. Abbott: Mayors of NYC, DC Should Call on Biden to Act on the Border Crisis
Madeline Leesman
After FBI Raids Mar-A-Lago, It's Republicans Who the Mainstream Media Thinks Is Worth Condemning