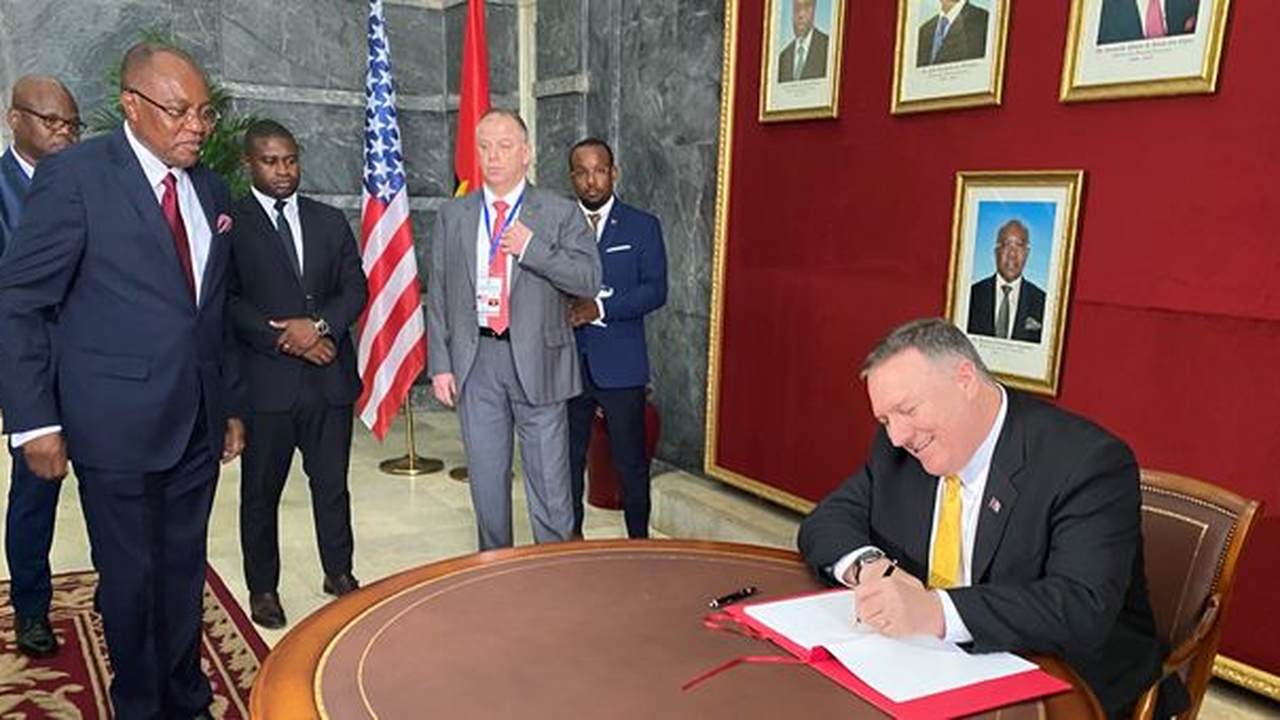 LUANDA, Angola - Secretary of State Mike Pompeo, who is on a multi-country tour of Africa, visited with government and business leaders in Angola on Monday.

Angola is an oil and resource-rich country on the western side of Africa. Over the past two years, government leaders have claimed they want to reform the infamously corrupt business sector in order to unleash the country's true economic potential.

"A few weeks ago, someone asked me what surprises me the most when I travel around the world and I have to tell you, the absolute level of corruption around the world that I see," Pompeo said during remarks to business leaders. "Americans, I think, mostly take it for granted, we know our system, we don't see it [corruption] pervasive in too many places. Countries always want more American investment because it comes without that."

"Corruption is the enemy of a nation's growth and progress," he continued. "Here in Angola, damage from corruption is pretty clear...This country has been held hostage by corruption for far too long. I can see the promise when I talk to business leaders."

Some progress has been made on the issue, but much work remains.

Last month the daughter of former Angolan President Jose Eduardo dos Santos, Isabel dos Santos, was charged with money laundering, harmful management, forging documents, influence peddling and more. Expansive documentation shows she became a billionaire in the country through corruption but denies the charges against her.

In addition to visiting with business leaders, Pompeo also met with local entrepreneurs benefitting from programs sponsored by the United States.

Great stop in #Angola, where we made progress on joint efforts to boost trade, strengthen security cooperation, and promote good governance. Heading to Addis Ababa to see how #Ethiopia’s historic reform agenda is delivering results. pic.twitter.com/WfTM1VwiUO