Schiff's Witness Used to Work with Christopher Steele, the Foreign Spy Who Wrote the Dossier on Trump 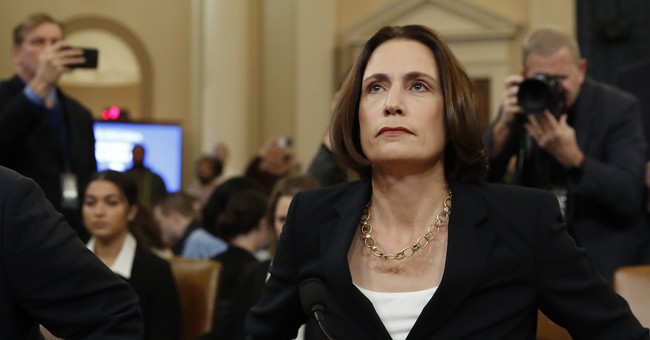 During the final day of impeachment inquiry hearings Thursday afternoon, it was revealed that Fiona Hill, former National Security Council Senior Director for Europe and Russia, used to work with British spy Christopher Steele and met with him in 2016. Steele was hired by Fusion GPS to dig up dirt on Donald Trump and his family during the 2016 election and was paid by the Clinton campaign to do so.

"You said in your deposition that Christopher Steele was your counterpart at one time, is that correct?" House Intelligence Committee Ranking Member Devin Nunes asked.

"You testified that you met with Christopher Steele in 2016, I assume that is still correct," Nunes said.

"That is correct, yes," Hill replied.

Nunes also asked about Hill's knowledge of the dossier, which she admitted to having access to before it was published for the first time at Buzzfeed.

In terms of the information contained in the dossier, Hill said it was likely Russian propaganda fed to Steele. She claims he bought it because he was always trying to find new business.

Hill: "The Russians would have an ax to grind against [Steele] given the job that he had previously... that would be a perfect opportunity for people to feed some kind of misinformation [to Steele]." pic.twitter.com/1bUNLzV0es

She *suspects* that it is Russian disinformation, but as @LeeSmithDC's latest book makes clear, the only thing we know for sure is that the Steele Dossier and its predecessor docs are the result of a Clinton/DNC/Obama IC effort to undermine Donald Trump. https://t.co/plTHfr4tB9

Steele gave the dossier to Strobe Talbott, who was chairman of State's Foreign Affairs Advisory Board. Steele also gave dossier to Jonathan Winer, a longtime aide to John Kerry.

For Hill to chalk up the Steele Dossier entirely to Russian disinfo is a very convenient way to excuse her friends from being ultimately responsible for the Russia hoax.