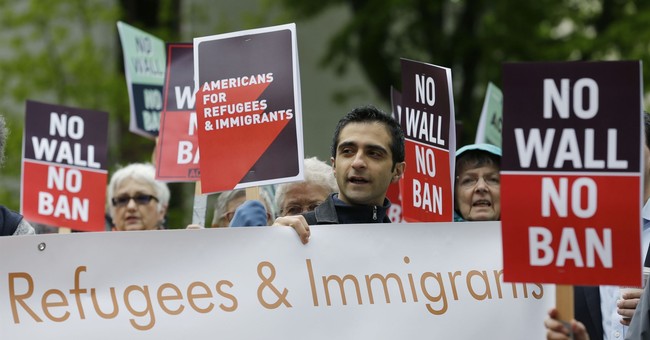 The Department of Justice announced the indictment of two Somali refugees Monday night, Ahmed Mahad Mohamed and Abdi Yemani Hussein, for attempting to join the Islamic State in Egypt.

"According to the criminal complaint, the defendants had been in communication with an FBI undercover employee whom they believed was a supporter of ISIS ideology.  These communications revealed the defendants’ desire to travel overseas in order to fight on behalf of ISIS or to conduct an attack within the United States if they were unable to travel," DOJ released in a statement. "Ultimately, the defendants purchased airline tickets to travel to Egypt, with the intention to travel on to Sinai and join ISIS.  FBI agents arrested Mohamed and Hussein after they checked in for their flight at the Tucson International Airport in Arizona."

"According to court documents, both defendants came to the United States as refugees from Somalia. At the time of their arrest, Mohamed had obtained lawful permanent resident status and Hussein remained a refugee," the statement continues.

Refugees from Somali have proven to be a hot bed for ISIS recruitment. While this case took place in Arizona, the larger Somali community based in Minnesota has produced dozens of terrorists for ISIS, Al Qaeda and al-Shabab.

FBI stats show 45 Somalis left to join the ranks of either the Somalia-based Islamic insurgency al-Shabab, or the Iraq- and Syria-based ISIS combined. And as of 2018, a dozen more had been arrested with the intention of leaving to support ISIS. Both numbers are far higher than those of alleged terrorist wannabes who left or attempted to leave the country from other areas in the country where Muslim refugees have been resettled.

In the case of the Somalis, it's no longer just the men. Early last year, a female was apprehended by authorities on charges of supporting providing material support to Al Qaeda and arson.

Those who planned to join an Islamic terror organization in Minnesota are from Congresswoman Ilhan Omar's congressional district.