Pompeo and DOD: There is a Credible Threat From Iran and the U.S. is Preparing Accordingly 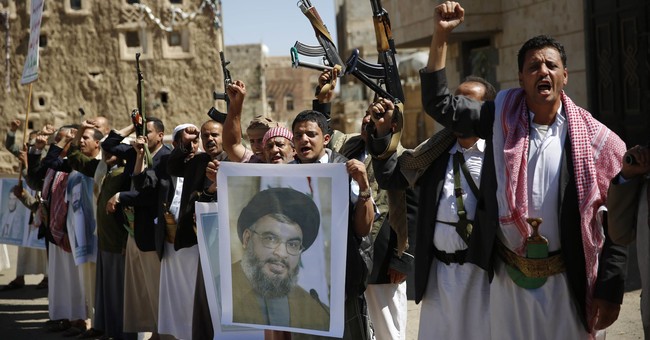 Rovaniemi, FINLAND -- Speaking to reporters after a series of meetings with foreign leaders at the 11th Ministerial Meeting of the Arctic Council Monday night, Secretary of State Mike Pompeo warned the United States is watching a credible threat from Iran and acting accordingly.

"We have continued to see activity that leads us to believe escalation that may be taking place so we're taking all the appropriate actions both from a security perspective as well our ability to make sure that the President has a wide range of options in the event that something should actually take place," Pompeo said. "As Secretary of State I have a responsibility to keep the officers that work for me safe each and every day, all around the world. That includes Irbil and Baghdad, our facilities in Oman and all around the Middle East and so anytime we receive threat reporting, things that raise concerns, we do everthing we can both to do all that we can to make sure that those planned or contemplated attacks don't take place and to make sure that we've got the right security posture. The American people should know we've done that."

Earlier in the day, Acting Defense Secretary Patrick Shanahan also discussed the threat and U.S. military assets have been moved to ensure the security of American interests.

1 of 2: Last night's announced deployment of the @CVN_72 and a @USAirForce bomber task force to the @CENTCOM area of responsibility, which I approved yesterday, represents a prudent repositioning of assets in response to indications of a credible threat by Iranian regime forces.

Earlier this week, White House National Security Advisor John Bolton warned Iran against any provocation and the U.S. would meet an attack with "unrelenting force."

Tuesday marks the one year anniversary of the U.S. pulling of the Iran Nuclear agreement. Many European countries are still in the deal, but have cut a number of business ties with the terrorist regime in order to avoid sanctioning from the U.S.