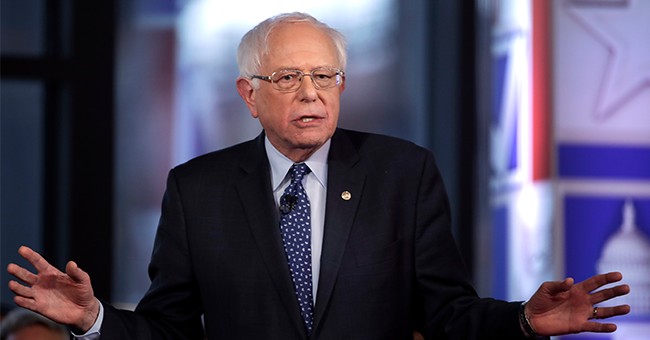 Socialist Bernie Sanders admitted during a town hall with Fox News Monday night that he benefited from the Trump tax cuts, but isn't interested in voluntarily writing a check to the federal government.

Sanders: “Pfft…come on…I am, I paid the taxes that I owe...why don’t you get Donald Trump up here and ask him how much he pays in taxes” pic.twitter.com/MNAVs3TOnv

MacCallum: “So would you be willing to pay 52% on the money that you made? You can volunteer, you can send it back”

Bernie: “You can volunteer too…why don’t you give? You make more money than I do”

Baier: “And she’s not running for POTUS” pic.twitter.com/zn4XrzJIXG

Sanders has been successful because of American capitalism, not in spite of it. Regardless, he continues to attack the very system that made him rich, while advocating for a socialist system that denies others the ability to do the same.

Bret Baier: “When you wrote the book and made the money, isn’t that the definition of capitalism and the American dream?”

Bernie Sanders and wife should pay the Pre-Trump Taxes on their almost $600,000 in income. He is always complaining about these big TAX CUTS, except when it benefits him. They made a fortune off of Trump, but so did everyone else - and that’s a good thing, not a bad thing!

For the record, it wasn't just rich millionaires like Sanders who got a tax cut thanks to the Trump administration. Even the New York Times knows the vast majority of Americans got a break.

NYT: “If you’re an American taxpayer, you probably got a tax cut last year.”

“...the gap between perception and reality on the tax cuts appears to flow from a sustained — and misleading — effort by liberal opponents.”https://t.co/bVm56fqqoq