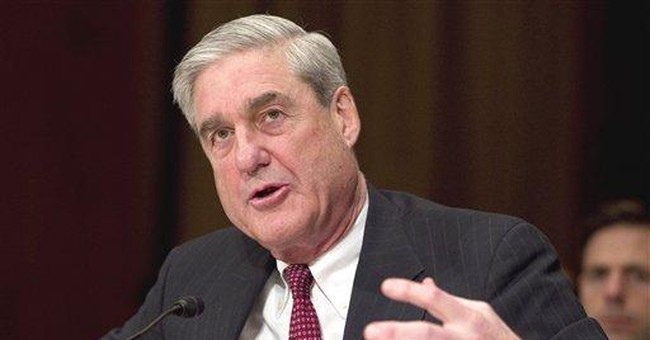 Attorney General Bill Barr sent a letter to relevant lawmakers on Capitol Hill Friday afternoon announcing the full Special Counsel report, with redactions required by law, will be released for "everyone" to see in the coming weeks.

"As we have discussed, I share you desire to ensure that Congress and the public have the opportunity to read the Special Counsel's report. We are preparing the report for release, making the redactions that are required. The Special Counsel is assisting us with this process," Barr wrote to Senate Judiciary Committee Chairman Lindsey Graham and House Judiciary Chairman Jerry Nadler. "Our progress is such that I anticipate we will be in a position to released the report by mid-April, if not sooner. Although the President would have the right to assert executive privilege over certain parts of the report, he has stated publicly that he intends to defer to me and, accordingly, there are no plans to submit the report to the White House for a privilege review."

Barr strongly disputed claims from lawmakers and the media that his four-page statement about Mueller's report, released last Sunday, was a summary. Some Democrats, including Nadler and House Intelligence Committee Chairman Adam Schiff, have falsely implied throughout the week the Attorney General is engaged in a coverup.

"I am aware of some media reports and other public statements mischaracterizing my March 24, 2019 supplemental notification as a 'four-page summary of the Special Counsel's review.' My March 24 letter was not, and did not purport to be, an exhaustive recounting of the Special Counsel's investigation or report," Barr said. "As my letter made clear, my notification to Congress and the public provided, pending release of the report, a summary of its 'principal conclusions' -- that is, its bottom line. The Special Counsel's report is nearly 400 pages long (exclusive of tables and appendices) and sets forth the Special Counsel's findings, his analysis, and the reasons for his conclusions. Everyone will soon be able to read it on their own. I do not believe it would be in the public's interest for me to attempt to summarize the full report or to release it in serial or piecemeal fashion."

Barr said he would like to testify about the report in front of the House and Senate Judiciary Committees May 1 and 2.