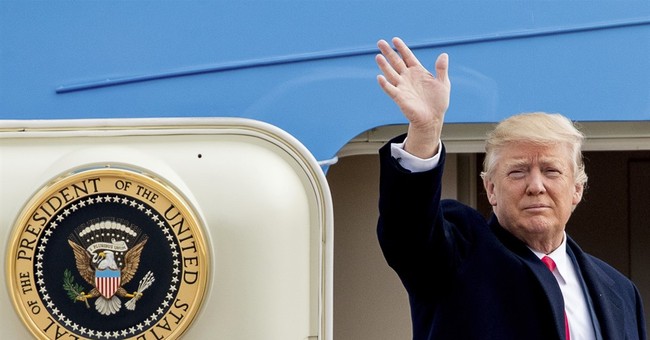 Speaking before boarding Air Force One in Florida Sunday afternoon on his way back to Washington D.C., President Trump responded to the findings of Robert Mueller's Special Counsel investigation.

"So it's complete exoneration, no collusion, no obstruction," he concluded.

President Trump spent the weekend at Mar-a-Lago. He held a series of meetings with foreign leaders and members of his administration.

“I have just received topline findings from Attorney General Barr. Good day for the rule of law. Great day for President Trump and his team. No collusion and no obstruction. The cloud hanging over President Trump has been removed by this report. Bad day for those hoping the Mueller investigation would take President Trump down," Graham said. “Great job by Mr. Mueller and his team to thoroughly examine all things Russia. Now it is time to move on, govern the country, and get ready to combat Russia and other foreign actors ahead of 2020.”

Photographer Who Took Photos of Border Patrol's Horse Unit Takes a Sledgehammer to 'Whipping' Lie
Townhall
'They said ...' Tom Elliott looks back at some of the most egregious examples of the media '[telling] us the exact opposite of the truth'
Twitchy
Did Matt Walsh Just Pull off the Most Epic Troll of the Year?
Redstate
It Gets Worse: Look Who Worked Together to Frame Donald Trump With Fake Russia Hoax
PJ Media