DHS Secretary: From Now on Illegal Aliens Will Be Deported to Mexico 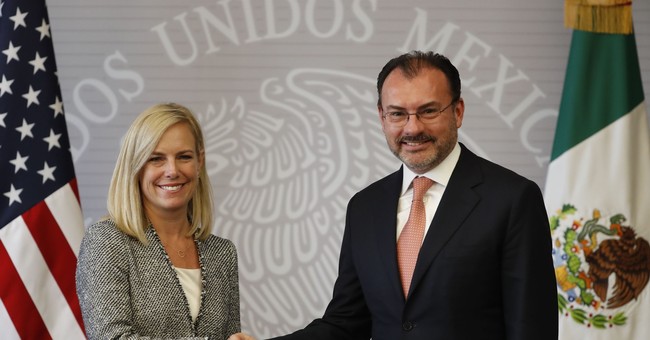 From now on, illegal aliens from Central America who enter the United States through Mexico, will be deported back to Mexico for processing.

"We have notified the Mexican government of our intended actions.  In response, Mexico has informed us they will commit to implement essential measures on their side of the border to facilitate this process by providing humanitarian assistance.  They have announced that affected migrants will receive humanitarian visas to stay on Mexican soil, the ability to apply for work, and other protections while they await a U.S. legal determination," she continued. "In the coming days, we will discuss with Mexico ways to ensure the implementation of our decision in a way that is transparent, effective, and ensures a safe and orderly flow. Moreover, as was announced by the United States and Mexico on December 18th, both countries are also committed to work on a comprehensive plan to reduce irregular migration across the region."

Previously, individuals arriving in the United States from Central America were put through an initial legal process, given a later court date and then then released into the interior of the U.S. This procedure is known as "catch-and-release," a policy the Trump administration has repeatedly tried to end.