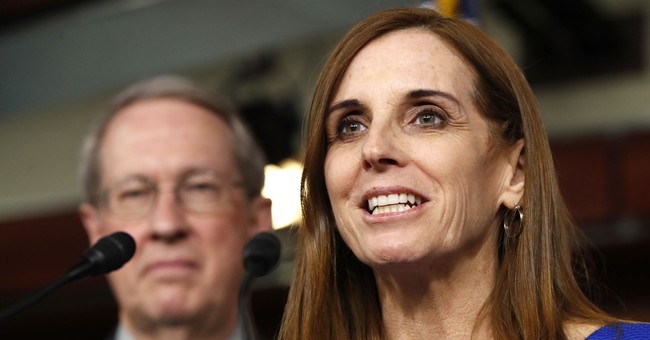 Arizona Congresswoman Martha McSally, who is in a battle for the Senate against far left activist Kyrsten Sinema, just landed another major endorsement in the final days of her campaign.

“I am proud to endorse Martha McSally for the United States Senate," Rice released in a statement Friday night. “In my experiences in and out of government, I find the most effective leaders are those with a clear commitment to public service and an ability to inspire others. Martha is one such woman. From her time as a combat pilot through her work in Congress, Martha has always pushed the boundaries, achieving considerable success through hard work and dedication. Her tenacity proves she is ready to take on our nation’s most pressing political challenges."

“This election is a historic opportunity for Arizonans to show their children what this great state stands for. Martha is a strong role model in so many ways and represents the natural choice this November. I am honored to support her candidacy," she continued.

A recent OH Predictive Insights and ABC15 Arizona poll shows McSally pulling away from Sinema by seven points and with the advantage going into Election Day.

Among those who have already voted, Sinema and McSally are tied at 49% each. For those with an absentee ballot that they have not yet returned, McSally is winning at 52%, with Sinema at 44%. For those who plan to vote at the polls on Election Day, McSally has a commanding 64-29% lead.