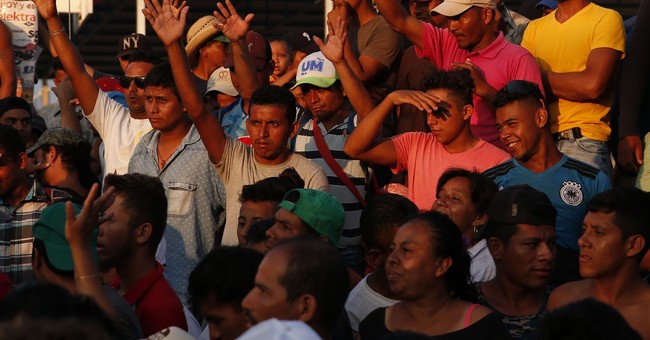 The Pentagon has released the official number of U.S. troops that will be sent to the southern border with Mexico in order to stop the 10,000 person strong caravan moving north from Honduras. A second caravan is behind it.

News of 5,000 support troops deploying to southern border--on top of 2,000 Guard already there--means the U.S. military will have roughly the same number of troops stationed along the border with Mexico as deployed to Iraq and Syria.

Officials at the Pentagon aren't explaining how the 5,000 number was chosen. They are calling the deployment "Operation Faithful Patriot."

During a recent interview with Fox News, Homeland Security Secretary Kirsten Nielsen warned members of the caravan they will be prosecuted for attempting to enter the U.S. illegally.

For weeks, President Trump has warned the caravan and its countries of origin to turn around.

Many Gang Members and some very bad people are mixed into the Caravan heading to our Southern Border. Please go back, you will not be admitted into the United States unless you go through the legal process. This is an invasion of our Country and our Military is waiting for you!

Last week Secretary of Defense James Mattis revealed equipment was being strategically placed along the border to back-up the deployment of additional troops.

The U.S. military has already begun delivering jersey barriers to the southern border in conjunction with plans to deploy active duty troops there, U.S. Defense Secretary Jim Mattis said Sunday as a caravan of Central Americans slowly heads across Mexico toward the United States.

Mattis told reporters traveling with him that details of the deployment are still being worked out but he should have them Sunday night. They will include exactly how many forces are needed.