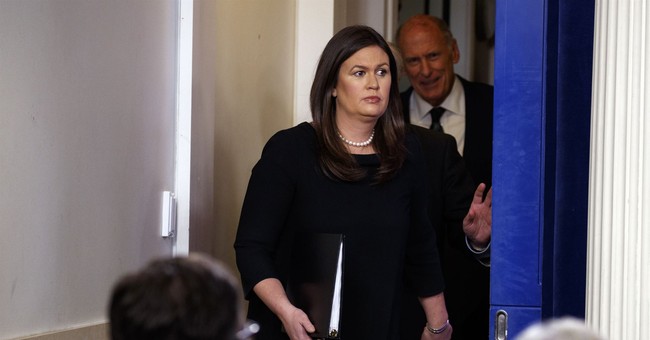 Law enforcement officials continue to report findings of suspicious packages at the homes and offices of high profile Democrats. The domino effect started this morning when the Secret Service announced two separate packages were intercepted after being addressed to the Clintons and former President Barack Obama. Shortly afterward, CNN evacuated their offices in New York City and a pipe bomb, delivered in a padded mail envelope with stamps, was driven off by the NYPD for detonation. A number of other Democrats, including former Attorney General Eric Holder, Senator Kamala Harris and Rep. Maxine Waters have reported suspicious packages throughout the day.

As soon as the news broke, Republicans swiftly condemned the attacks and called them acts of domestic terrorism.

This is an ongoing situation that President Trump and his admin are monitoring closely. Our condemnation of these dispicable acts certainly includes threats made to CNN as well as current or former public servants. These cowardly acts are unacceptable and wont be tolerated. https://t.co/YbMbCUWMPC

We condemn the attempted attacks against fmr Pres Obama, the Clintons, @CNN & others. These cowardly actions are despicable & have no place in this Country. Grateful for swift response of @SecretService, @FBI & local law enforcement. Those responsible will be brought to justice.

We can have disagreements about politics without resorting to violence or intimidation.

I hope that whoever is responsible for these packages is quickly brought to justice.

These attempted attacks that have been made are beyond criminal, they are acts of pure terror. Violence and terror have no place in our politics or anywhere else in our society.

Those behind such reprehensible acts must be brought to justice. We cannot tolerate any attempt to terrorize public figures. I am grateful to the @SecretService, Capitol Police, and all law enforcement who guard against these threats. https://t.co/HUQQxynU9h

I stand with all Americans in condemning today’s attempted acts of domestic terrorism. Americans are united in gratitude for @SecretService, @USPS, and other law enforcement — who protect our leaders and public figures from such unconscionable acts.https://t.co/J2T0BHW069

We should all stand united against the use of violent acts like those reported today against political and media figures. I condemn any such acts of violence, they have no place in our politics or society at all.

'Rigged': Mollie Hemingway's Definitive Account of the 2020 Election Democrats Won't Want You to Read
Townhall
'You have to respect the idiocy': David Frum wants us to remember the self-congratulation over President Trump's and Jared Kushner's successes in the Middle East
Twitchy
We Don't Have a President
Redstate
Yes, Biden Is Swindling Americans: White House Staffer Lets the Cat Out of the Bag
PJ Media