Whoa: Is Venezuela Behind the Caravan? 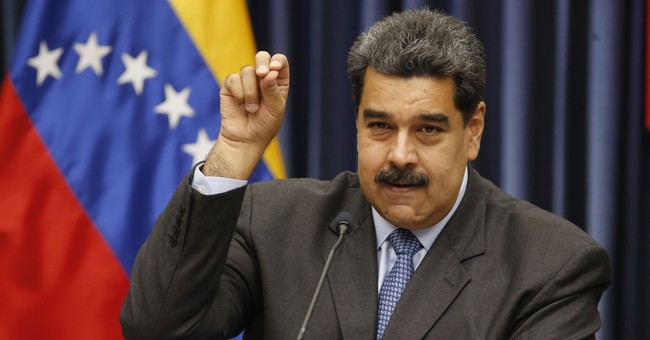 During an Oval Office meeting with President Trump on Tuesday afternoon, Vice President Mike Pence implied Venezuela may be behind the 7,000 person strong caravan moving north toward the United States.

"At the President's direction, I spoke to President Hernandez of Honduras. He told me that the caravan that is now making its way through Mexico, headed for the southern border, was organized by leftist organizations and financed by Venezuela," Pence revealed. "People that are driving this caravan north to challenge our sovereignty, to challenge our borders, are doing so without any regard for human life and doing advance some political statement, or in the case of human traffickers, strictly for financial profit. The president is absolutely determined to use all means at his disposal to organize efforts to have Mexico turn this caravan around."

Earlier this year Venezuelan President Nicolas Maduro accused the United States and the CIA of trying to assassinate him.

"It is inconceivable that there would not be individuals from the Middle East as a part of this growing caravan. What the President is determined to do is put the safety and security of the American people first, and I know the President will be addressing this in the coming days about ways we need to close the loopholes that human traffickers and other dangerous individuals used to entice vulnerable families to make the long and dangerous trek north," Pence continued.

During a press briefing at the State Department Tuesday, Secretary of State Mike Pompeo said the caravan will not be allowed to enter the United States should it make it to the southern border.

.@SecPompeo: The U.S. has a message for those in the caravan—you will not be successful at getting into the United States illegally, no matter what. pic.twitter.com/TuNfY05CmP