Trump Was Right: City Council Offices, Headed by San Juan Mayor, Have Been Raided by the FBI 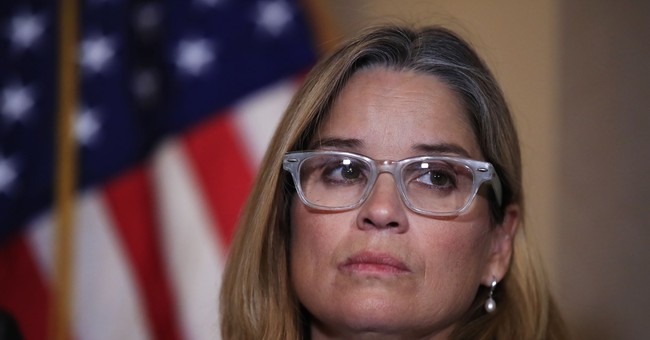 President Trump came under fire earlier this year for pointing out rampant corruption in Puerto Rico, resulting in a local failure to efficiently respond to the aftermath of Hurricane Maria last year.

During the recovery process with the federal government, San Juan Mayor Carmen Yulin Cruz regularly took to the airwaves to slam President Trump. Often times, she showed up wearing a customized t-shirt to further get her point across.

This morning, her offices were raided by the FBI.

FBI agents were raiding an office on the 15th floor of Torre Municipal de San Juan, according to authorities. The operation was related to suspected corruption in the purchasing department.

"If someone has done something wrong, they should be subjected to due process and face the consequences of their actions," she said.

Why? From Fox News:

The administration of the mayor of San Juan, Puerto Rico, who shot to international fame after criticizing President Trump for not doing enough to help Hurricane Maria victims, is being investigated by the FBI on corruption charges, according a local news outlet.

Mayor Carmen Yulin Cruz and her administration are under fire for allegedly obstructing critical supplies from reaching victims of the category-4 hurricane that leveled much of the tiny U.S. territory nearly nine months ago.

The FBI reportedly launched the investigation following a February lawsuit filed by Yadira Molina, the former director of procurement. Molina claims she was retaliated against for reporting “alleged irregular acts” to the local comptroller.

pisses me off watching commentators blaming @POTUS for 3000 hurricane related deaths in #PuertoRico these folks Never wrote or reported anything about PR. There is total ignorance or avoidance of fact power grid was in chaos Power Authority bankrupt & corrupt before #Maria hit.

Caught Red-Handed: NBC News Busted for Editing Out a Crucial Detail in the 911 Call of the Ohio Shooting
Townhall
'Who made this?': Now it's LeBron James getting the Gif treatment and it's 'brutal'
Twitchy
NY Post Reporter Masterfully Turns 'Systemic Racism' Tables on Jen Psaki During Press Briefing
Redstate
The Morning Briefing: Trump's Biggest Failure Was in Not Gutting the FBI
PJ Media