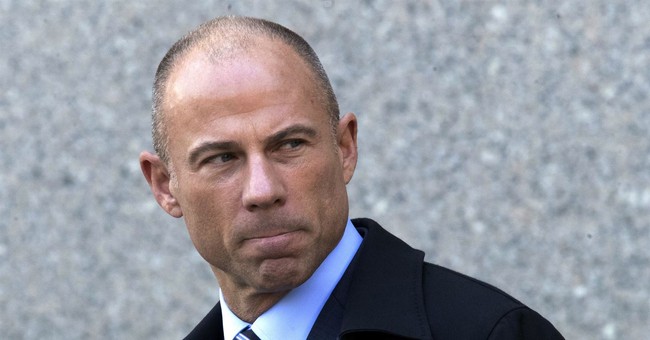 President Trump went after infamous lawyer and personal adversary Michael Avenatti on Twitter Wednesday afternoon and slammed him as an attention seeking liar.

Avenatti is a third rate lawyer who is good at making false accusations, like he did on me and like he is now doing on Judge Brett Kavanaugh. He is just looking for attention and doesn’t want people to look at his past record and relationships - a total low-life!

“False accusations?” Like those crimes your fixer Cohen pled to? You are an habitual liar and complete narcissist who also is a disgrace as a president and an embarrassment to our nation. You are so inept that your “best and brightest” are Cohen and Giuliani. Let’s go.

The tweet came shortly after Avenatti released a stunning allegation against Kavanaugh, accusing him of "being present" when his newest client was gang raped at a party in high school.

BREAKING: Attorney Michael Avenatti has revealed his client as Julie Swetnick. An initial tweet stated she was accusing Brett Kavanaugh of sexual assault, she is actually accusing him of being present when she was "gang raped." https://t.co/Y0PEpRdUxa pic.twitter.com/Z47kIS5h1j

Kavanaugh has denied the accusation and vows to defend his integrity during a Senate Judiciary Committee hearing on Thursday morning.

Kavanaugh responds: “This is ridiculous and from the Twilight Zone. I don’t know who this is and this never happened.” https://t.co/NRzl66BlnK