Someone Screwed Up: FEMA Delivered Millions of Bottles to Puerto Rico, It's Been Rotting on a Runway For a Year 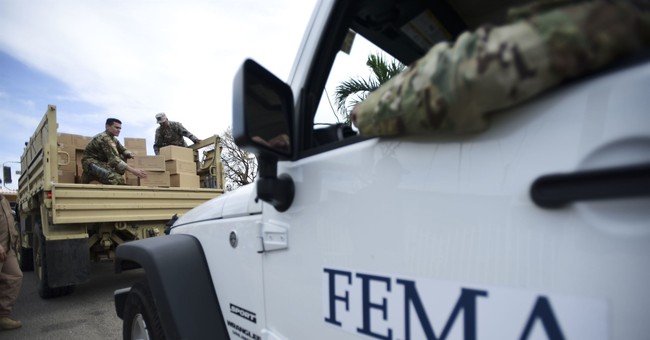 Last year in the aftermath of Hurricane Maria, FEMA delivered millions of bottles of water to the island as part of the relief effort. After the supplies were delivered, hundreds of pallets worth, they were never distributed. CBS News broke the story.

The photos were taken by Abdiel Santana, who works with the United Forces of Rapid Action agency of the Puerto Rican Police. Santana said he snapped the photos because he was angry to still see them sitting there, nearly a year after he first spotted them.

Marty Bahamonde, director of disaster operations at FEMA, confirmed that the agency delivered the bottled water to the island but said the agency didn't track specific shipments. It's not clear what became of the bottles after the delivery. FEMA is investigating whether or not the agency placed the water bottles on the runway.

BREAKING: What may be millions of water bottles. meant for victims of Hurricane Maria, have been sitting on a runway in Ceiba, Puerto Rico, since last year, according to @FEMA, which confirmed the news to me, late tonight, after pictures, posted today on social media, went viral. pic.twitter.com/jidGJAvCyJ

A Senior FEMA official just told me: “if we put that water on that runway there will be hell to pay” adding, “if we did that we’re going to fess up to it.”

Puerto Rico govt, without producing proof, claims FEMA did do that.

After some digging, FEMA is saying the bottles became "excess" when the tap water in Puerto Rico came back on. The water was moved to the runway to avoid expensive storage costs to taxpayers.

FEMA says it moved what may be millions of water bottles to a runway in Ceiba, Puerto Rico to save taxpayers money pic.twitter.com/b4RPaMRiCF

BREAKING: FEMA official says on @CBSThisMorning that water bottles found on an airport runway in Ceiba, Puerto Rico was “excess” water not needed during the response phase.
Spokesman: we transferred those bottles out of storage in January (to save money)& onto the airport runway pic.twitter.com/sRJcn53EKo

Even if the bottles were "excess," they still should have been distributed. Locals could have been told to go pick up the water themselves and likely would have. What an enormous waste.