It's a Big Day For Brett Kavanaugh, Here's Part of His Opening Statement 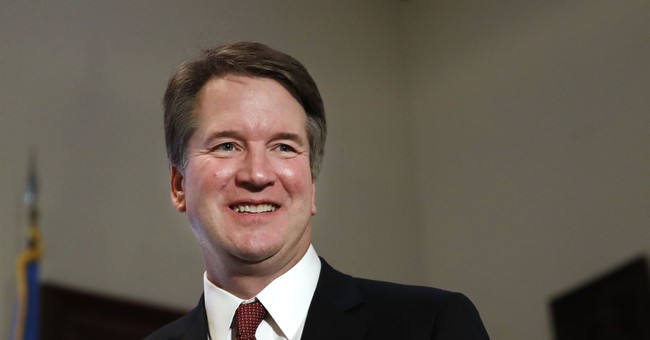 The confirmation hearing for Supreme Court nominee Brett Kavanaugh kicks off today at 9:30 eastern time in front of the Senate Judiciary Committee. The White House has been all in on his nomination since early July and developed a team to ensure his confirmation.

Ahead of the high stakes kick-off on Capitol Hill Tuesday morning, excerpts of Kavanaugh's opening remarks were released by the White House Press Office.

"Over the past eight weeks, I have witnessed first-hand the Senate’s deep appreciation for the vital role of the American Judiciary," Kavanaugh will say. "A good judge must be an umpire—a neutral and impartial arbiter who favors no litigant or policy...I don’t decide cases based on personal or policy preferences. I am not a pro-plaintiff or pro-defendant judge.  I am not a pro-prosecution or pro-defense judge. I am a pro-law judge."

Kavanaugh will also mention U.S. Circuit Court Judge Merrick Garland, who didn't get a hearing due to President Barack Obama nominating him in an election year and the Senate following the Biden Rule.

"I have served with 17 other judges, each of them a colleague and a friend, on a court now led by our superb chief judge, Merrick Garland," Kavanaugh says. "If confirmed to the Court, I would be part of a Team of Nine, committed to deciding cases according to the Constitution and laws of the United States. I would always strive to be a team player on the Team of Nine."

Senate Judiciary Committee Chairman Chuck Grassley, who will lead the hearing, made a final case for Kavanaugh's confirmation this morning on Fox and Friends.

.@ChuckGrassley: “We’ve got more documents on this person than anybody else in the history of the Supreme Court nominees.” https://t.co/gTYuOWJARY @foxandfriends pic.twitter.com/KQTqOUUyEz