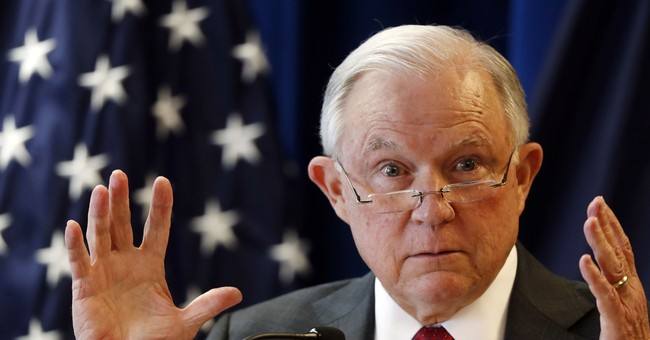 Will Bruce Ohr, whose family received big money for helping to create the phony, dirty and discredited Dossier, ever be fired from the Jeff Sessions “Justice” Department? A total joke!

“Bruce Ohr is at the center of FALSE ALLEGATIONS which led to a multi-million dollar investigation into what apparently didn’t happen.” Darrell Issa, House Oversight. We can take out the word “apparently.” @FoxNews

Ohr - formerly number three at the Department of Justice - was demoted last year after it was discovered his wife, Nellie Ohr, worked at Fusion GPS and was hired to go after Trump when he was a presidential candidate. Further, Ohr worked directly with British spy Christopher Steele, who authored the salacious dossier on Trump. He is still employed at DOJ and has a security clearance. It is under review for revocation.

A collection of Justice Department official Bruce Ohr's emails, texts and handwritten notes, reviewed by Fox News, reveals that he was deeply connected to the unverified Steele dossier as well as its author and, during the presidential election campaign, the alleged government surveillance abuses involving a Trump campaign official.

The dossier, which was used by federal officials to justify the surveillance of a top Trump aide, Carter Page, was created by Fusion GPS and paid for by Hillary Clinton's campaign and the Democratic National Committee.

Ohr wrote that Christopher Steele, the ex-British spy who wrote the salacious dossier, was "very concerned (abt) about [former FBI Director James] Comey's firing -- afraid they will be exposed."

The Ohr documents shed more light on Steele's activities before the presidential election. While Steele shopped the dossier to multiple media outlets, he also appeared to ask Ohr for help with a Russian oligarch -- Oleg Deripaska -- after rumors the U.S. might impose sanctions.

Liberal Blogger Notices Something About Anti-Black Crime in America...And the Woke Will Not Like It
Townhall
Demand Justice says there's no time to waste; We need to get rolling now on confirming a black woman to SCOTUS
Twitchy
Meghan Markle Demonstrates Just How Hypocritical a BLM Supporter Can Be
Redstate
Trump Vindicated as Judge Rules Michigan Secretary of State Violated Election Laws
PJ Media