Illegal Alien Who Brought His 'Daughter' to the U.S. Charged With Raping Her, Other Sex Felonies 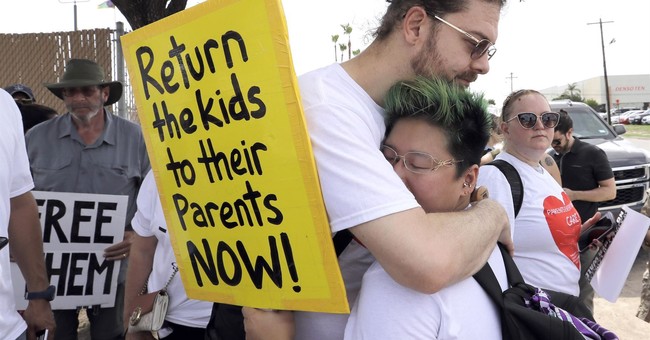 An illegal alien from Guatemala who claimed he was traveling to the U.S. with his "daughter" in April has been arrested just months later for multiple felonies, including repeated rape and other sexual abuse of the young child.

"On April 16, 2018 Ramon Pedro entered the United States through the Ysleta Port of Entry in Texas where he was accompanied by his alleged daughter. On the same date, U.S. Customs and Border Protection arrested him and his alleged daughter. They were subsequently released on alternatives to detention," a Department of Homeland Security official said in a statement.

Pedro crossed the border illegally and did not claim asylum.

"On July 26, 2018, Ramon Pedro and his alleged daughter were hospitalized at the Fresno Community Regional Hospital for Tuberculosis (TB) screening. At this time, medical staff discovered that Pedro’s alleged daughter was being sexually assaulted and the local police were notified. Then it was determined that Pedro and the daughter are not related at all. In fact, the victim’s mother told her daughter to accompany Pedro to the United States and he would secure her employment," the official continued. "On July 27, 2018, the Huron Police Department arrested him for multiple felony offenses for rape, oral copulation, forcible sexual penetration, and endangering/causing injury to a child. He is currently detained in Fresno County Jail on a $310,000 bond."

As Townhall has previously reported, without extensive DNA testing, there is no way to determine if adults traveling with children are actually parents.

In June, Homeland Security Secretary Kirstjen Nielson explained why separation of children from adults is necessary to make sure they are not being abused or trafficked.

“If there's no documentation to confirm the claimed relationship between an adult and a child, we [separate] if the parent is a national security, public or safety risk, including when there are criminal charges at issue and it may not be appropriate to maintain the family in detention together,” Nielsen said during a press briefing at the White House.

Current immigration law, which Congress refuses to change, requires federal officials to release "family units" into the United States. If ICE had the ability to detain Pedro separately from the child for a period of time, rather than release him with the child into the country, these horrific crimes would have been prevented.

A lawsuit filed by the ACLU earlier this year has forced the Department of Health and Human Services to hastily place children back with adults who took them across the border illegally. Due to a court order, this reunification has been conducted without proper verification and without confirmation adults are actually parents of children.