Judicial Watch: The FBI is Supposed to Release Documents About the FISA Warrant on a Trump Campaign Official Today 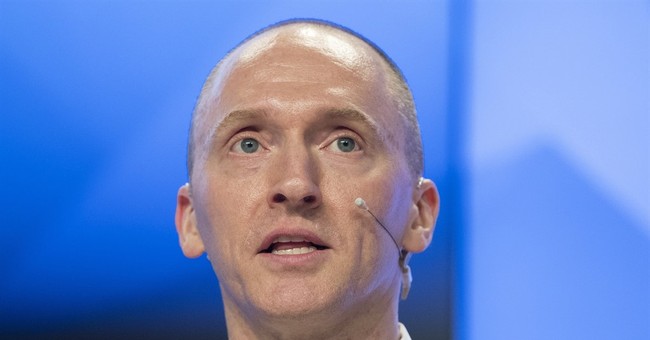 "The warrants are controversial because the FISA court was never told that the key information justifying the requests came from a minimally-corroborated “dossier” that was created by Fusion GPS, a paid agent of the Clinton campaign and Democratic National Committee," Judicial Watch released in a statement. "In April, the DOJ told the court it was “processing for potential redaction and release certain FISA materials related to Carter Page,” and agreed to a production schedule for responsive records that is to be completed today, July 20, 2018."

The release comes after Judicial Watch filed a Freedom of Information lawsuit in July 2017, when DOJ refused to comply with a FOIA request for the documents.

“Judicial Watch may finally get the infamous spy warrants the Obama administration and Deep State conspired with the Clinton campaign used to target then-candidate and now President Trump,” Judicial Watch President Tom Fitton said about the expected release. “It took a  year, but the stonewall and cover-up, we hope, begins to end today.”

"Department of Justice (DOJ) Inspector General Michael E. Horowitz announced today that, in response to requests from the Attorney General and Members of Congress, the Office of the Inspector General (OIG) will initiate a review that will examine the Justice Department’s and the Federal Bureau of Investigation’s (FBI) compliance with legal requirements, and with applicable DOJ and FBI policies and procedures, in applications filed with the U.S. Foreign Intelligence Surveillance Court (FISC)  relating to a certain U.S. person," the DOJ Office of the Inspector General released in a statement at the time. "As part of this examination, the OIG also will review information that was known to the DOJ and the FBI at the time the applications were filed from or about an alleged FBI confidential source.  Additionally, the OIG will review the DOJ’s and FBI’s relationship and communications with the alleged source as they relate to the FISC applications."