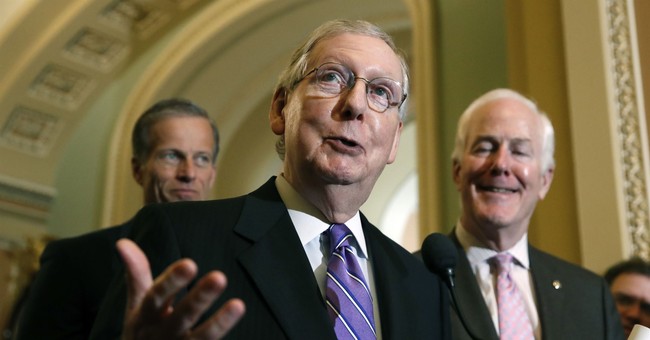 Speaking from the Senate floor Wednesday, McConnell said he plans to hold a vote to confirm President Trump's nominee in the fall.

"The Senate stands ready to fulfill its constitutional role of advise and consent," McConnell said. "We will vote to confirm Justice Kennedy's successor this fall."

"It’s important that President Trump’s nominee be treated fairly and not subjected to personal attacks," he added. "Thus far, President Trump's judicial nominations have reflected a keen understanding of the vital role that judges play in our constitutional order. Judges must interpret the law fairly and apply it even handedly. Judicial decisions must not flow from judges personal philosophies or preferences, but from an honest assessment of the words and actual meaning of the law."

The Senate stands ready to fulfill its constitutional role by offering advice and consent on @POTUS @realDonaldTrump’s nominee to fill this vacancy. We will vote to confirm Justice Kennedy’s successor this fall.

President Trump said during remarks at the White House Wednesday afternoon that he will be choosing Kennedy's replacement "immediately."

Trump's nominee will need to be confirmed by the Senate Judiciary Committee before receiving a full floor vote.