Great News: Disastrous Catch and Release is Back 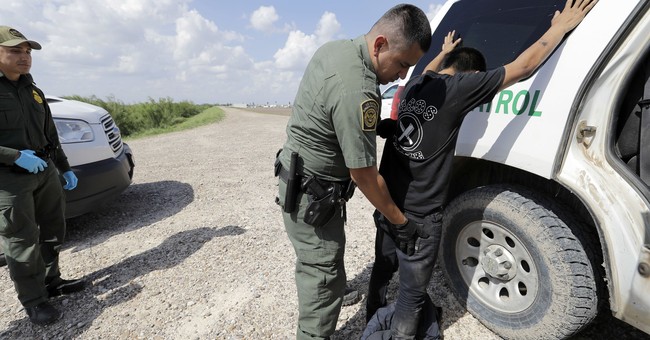 Last week President Trump signed an executive order allowing for adults and children who cross into the United States illegally to be detained in federal facilities together.

The move came days after outrage from both sides of the political aisle about Border Patrol and Immigration and Customs Enforcement agents separating adults from children. They did this for two main reasons. The first, to ensure adults were actually parents of the children they were traveling with and second, to prosecute illegal alien adults for entering the country without permission.

Current federal law does not allow for children to be detained for more than 20 days. Because the immigration system is backed up by more than 500,000 cases, it takes at least two years for illegal immigrants to see a judge. In the past, adults traveling with children were simply given a court date and released into the U.S. indefinitely. The Trump administration changed this catch-and-release policy by detaining adults separately from children, who were sent to sponsors already living in the U.S.

But now that Trump has made the decision to allow adults and children to be detained together, catch-and-release is back. It's basic math. Children can't be detained for more than 20 days. Agents are keeping children detained with adults. Adults can't see a judge for more than 600 days and therefore, they are being released.

The nation’s top border security official said Monday that his agency has temporarily stopped handing over migrant adults who cross the Mexican border with children for prosecution, undercutting claims by other Trump administration officials that “zero tolerance” for illegal immigration is still in place.

Kevin K. McAleenan, the commissioner of Customs and Border Protection, said his agency and the Justice Department should agree on a policy “where adults who bring their kids across the border — who violate our laws and risk their lives at the border — can be prosecuted without an extended separation from their children.”

Because Immigration and Customs Enforcement does not have enough detention space for the surge of families crossing the border, many families will be quickly released, with a promise to return for a court hearing. Mr. McAleenan said that the agency would continue to refer single adults for prosecution for illegally crossing the border, and that border agents would also separate children from adults if the child is in danger or if the adult has a criminal record.

Catch-and-release not only fuels the illegal immigration crisis from Central American countries, it emboldens the $1 billion human smuggling industry.

While Americans don't want to see children detained separately from their parents, the strongly object to catch-and-release policies. From a recent Economist/YouGov poll:

Question #30: Which policy do you prefer for how to handle families that are stopped for crossing the border into the United States without proper documentation?

19%: Release the families and have them report back for an immigration hearing at a later date
44%: Hold families together in family detention centers until an immigration hearing at a later date
12%: Arrest the adults, send them to jail to await a criminal trial and send any minor children to shelters run by the Department of Health and Human Services
8%: Arrest both the adults and minor children, send the adults to jail and the minor children to juvenile detention centers to await a criminal trial
17%: Not Sure

Meanwhile, Congress can't get its act together to change this disastrous policy.